If you missed the official introduction of iOS 9.3 at Apple’s March 21 event, we can now recap the iOS 9.3 update notes with a full list of new features.

Apple’s new software update for iOS doesn’t include a lengthy change list, but it does include several important tweaks which should make your daily experience a more pleasurable one when it comes to using your phone.

For example, one of the big talking points of iOS 9.3 is Apple Night Shift. This feature can use your clock and geolocation to automatically determine when it’s sunset in your location. 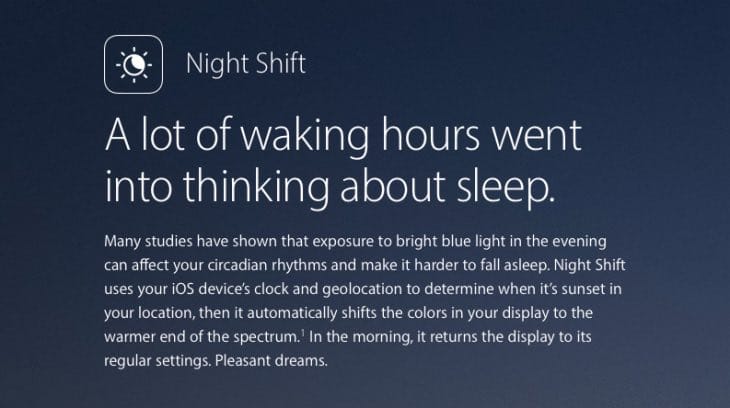 It then automatically changes the colors in your display to the warmer end of the spectrum which will hopefully allow you to fall asleep quicker and get a better sleep. Even better, in the morning, the device will then revert to normal settings without you having to do anything which is a really nice touch.

Elsewhere, iOS 9.3 also includes some great security additions. You’ll now have the option of putting notes behind your fingerprint with Touch ID – very useful in terms of pin codes, health information or other sensitive data that you want that added layer of protection for.

Is the iOS 9 update available to download in your country? Read through Apple’s full iOS 9.3 feature list here and let us know when you have the update.