For those that are looking to see what is new in iOS 9.2, we can now bring you the official iOS 9.2 notes direct from Apple and there’s plenty of new features to take into consideration.

Apple has now posted the full update notes in their entirety and we can see that there are some significant improvements to Apple Music.

Specifically, you can now create a new playlist when adding a song to a playlist and also download albums or playlists from your iCloud Music Library, simply by tapping the iCloud download button. 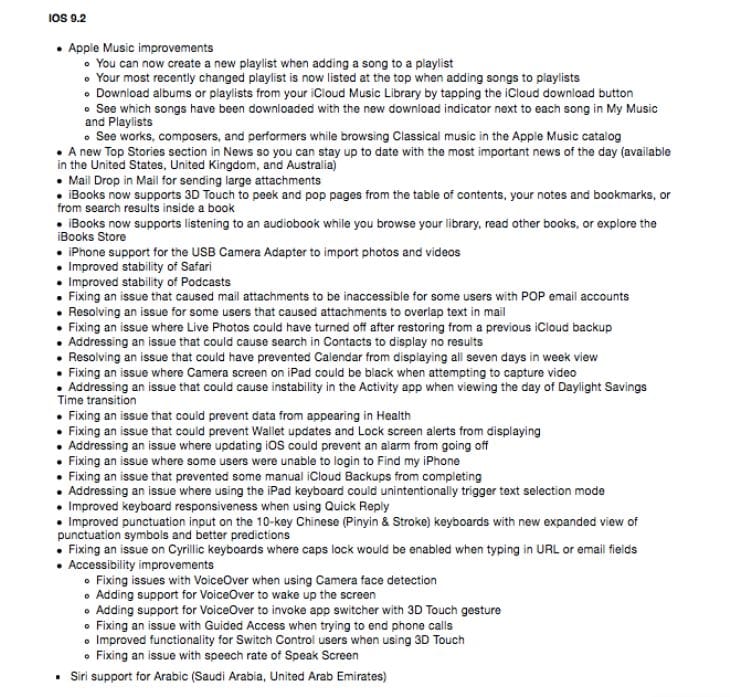 We have included everything for you to read through above, which shows what iOS 9.2 did to your iPhone or iPad upon installation.

There’s an important fix included in iOS 9.2 too, which relates to an ongoing problem which prevented some manual iCloud Backups from completing – this hopefully should now be solved.

Take a look at the new iOS 9.2 feature list above, then give us your experience on the new update below and how your device is performing generally after download.