It was only last week when we discussed what iOS 9.2 would bring, and at that time we had learned some of the new enhancements would focus on the iPad Pro. Well, today we finally got to see what Apple has planned, as iOS 9.2 beta 1 is now available to download either OTA or via iTunes.

Looking at the iOS 9.2 beta 1 release notes we can see there are several Safari improvements, such as the way third-party apps handled embedded Safari. That’s not all, although you can see the rest of those improvements in the image just below. 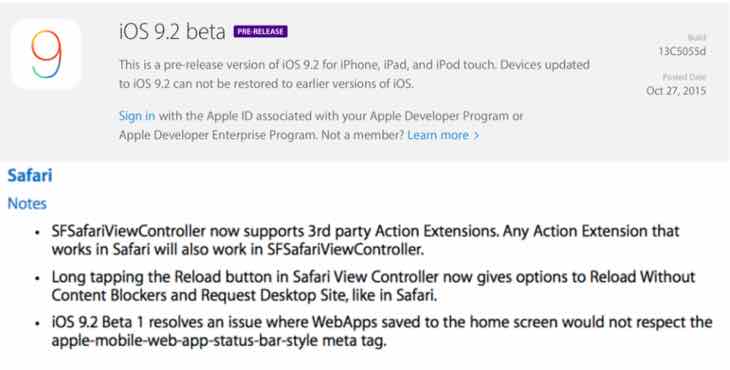 There are also some obvious bug fixes, although we have yet to learn just what those are as yet. However, over the coming hours and days developers will no doubt make that information available.

What we do not understand is how the 9.2 update was meant to bring iPad Pro enhancements, yet they have been left out of these notes. Having said that. maybe they will appear in a later beta version after the new, larger iPad has been released?