We know many of you are still asking if you should update to iOS 9.2.1 or not on iPhone 6, 6 Plus. 5, 5S and 4S. Initially it was thought that the update was merely released to fix some persistent bugs, but there’s suggestion now that it does offer something along the lines of an iOS 9.2.1 ‘hidden feature‘ for those using on older devices.

The update is only 40MB in size and we have a feeling that those using iPhone 6 and 6 Plus may have felt the need to simply ignore it.

However, we have one video for you to check out which advises iPhone 4S and 5 users on iOS 8.4.1 to update to iOS 9.2.1 right away. This is due to an apparent performance increase which is noticeably faster when performing certain tasks, compared to iOS 8.4.1. 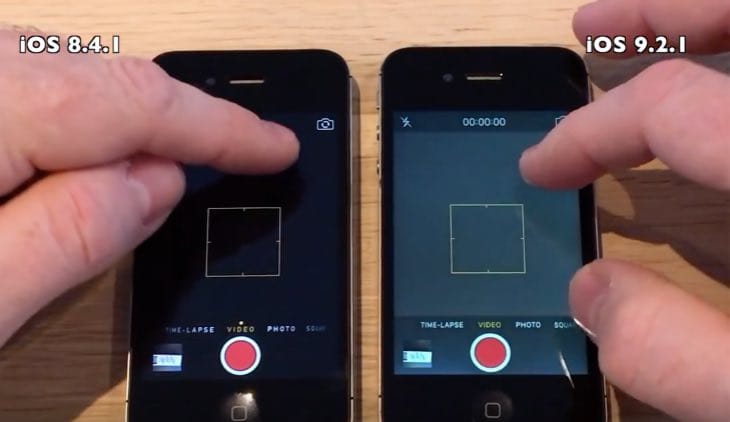 It is by no means a mind-blowing improvement, but watch the video below from iAppleBytes and you’ll see what we mean. If you were previously ignoring all updates due to concerns over storage or slow performance – you may want to give this a try.

Are there any iPhone 4S or 5 owners out there, who have updated to iOS 9.2.1 and are noticing faster performance on various apps across the OS? Report your results below!