Some of you may be wondering what is new in iOS 9.2.1, after Apple finally offered up the iOS 9.2.1 download hours ago. Unfortunately, if you were hoping for some new tweaks and feature improvements, it won’t be coming with iOS 9.2.1 as it is a minor update that is security related.

We told you about some of the issues that are apparent in iOS 9.2 here, with Apple likely to fix them in iOS 9.3 rather than iOS 9.2.1. Now the update should have rolled out to everyone as we speak and below is Apple’s official iOS 9.2.1 changelog.

The update is only 41.1MB in size and the notes mention bug fixes in reference to potential issues when using an MDM server – boring stuff in reality for the casual user. 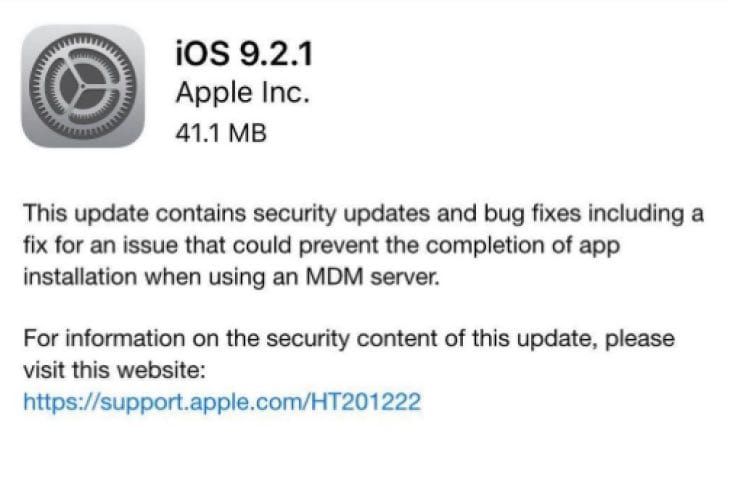 It’s no secret that there’s an ongoing issue on iOS 9.2 with the battery life indicator, but we can confirm the latest release with iOS 9.2.1 does not fix this problem.

Let us know if you have just updated and spotted any hidden changes not included in the notes. What are you personally waiting for Apple to introduce or fix?