Apple just seeded the iOS 9.1 beta 4 download and release notes to developers. This means the public launch shouldn’t be too far away and in fact, October is the traditional time to release the first major update to iOS 9 on iPad, iPod touch, and of course iPhones.

If you want to take a look at the latest 13B136 build for iOS 9.1, then you can see the beta 4 release notes in full at this page. You don’t need to be a developer to see the changelog, but you will need to be enrolled in the preview program or a developer to download iOS 9.1 beta 4 officially. 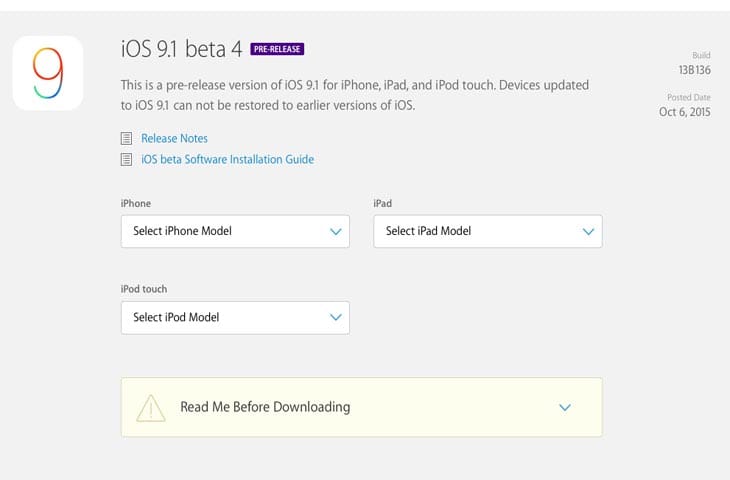 Currently the notes don’t list many problems, apart from iCloud Keychain having one known issue that impacts users when setting up. You might receive an error stating, “Could Not Set Up iCloud Keychain”. If this happens, you are told to just reboot the device until a more permanent fix is found.

There’s a few other minor issues with restoring from an iCloud backup and PhotoKit reinstalling the gesture recognizer on itself. There’s always a workaround offered in the update notes, so take a look and let us know if you see other problems when using this build. Are you using iOS 9.1 beta 4 and if so, is it solid for you or do you have problems?