During the Apple event on September 9, 2015, iOS 9.1 beta went live for developers to test. It will be two weeks next week, and so iOS 9.1 beta 2 is expected next Wednesday, Sept 23. This has yet to be confirmed, but going on previous release patterns for devs, this is a very likely date.

We still have no public release date for iOS 9.1, but those of you in the UK that updated to iOS 9 will be waiting in anticipation for the first major update because it will bring with it Apple News support. This app is currently supported in the US only, and so has seen many UK users changing their region settings to access this app. 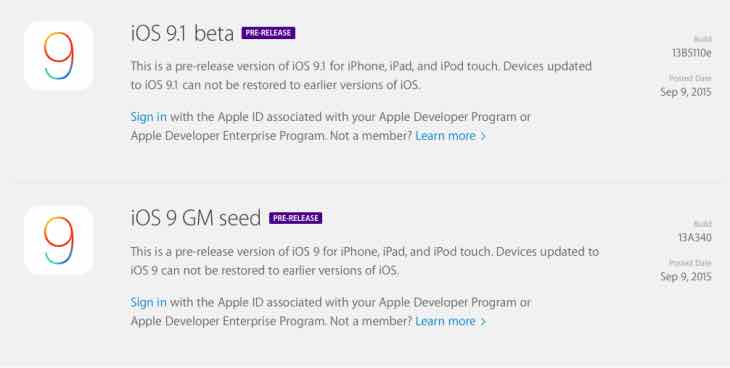 It will be interesting to see what the iOS 9.1 beta 2 features will bring, although we suspect that some of the current issues being experienced in the first beta will be addressed.

Some of the current issues that need to be resolved in beta 2 are not being able to setup an iCloud keychain. You might not be able to complete your activation while setting up a keychain on your iPad.

That’s not all, as another issue arising from iOS 9 beta 1 is the one where if you decide to change your passcode while in Airplane mode, then your iCloud keychain could no longer sync with your other iOS devcies.

Looking back to last year, there is a good chance that Apple will release iOS 9.1 to the public towards the end of October, as iOS 8.1 was release on October 20, 2014.