Apple is no stranger to the lock screen bypass security flaw, although we were surprised to hear that some of you who upgraded to iOS 9 found that the issue had returned. There was hope that yesterday’s update would have brought an end to this flaw, but that is not the case.

We have already seen the Passcode bypass security issue in action, but for those who have not, then you can check out the video demonstration below. We know this video was dated September 19, but many users have told us that iOS 9.0.1 has not fixed the lock screen bypass flaw. 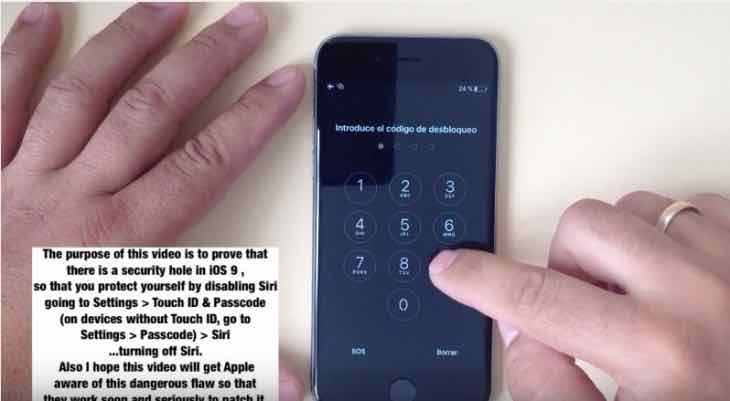 The video does go on a bit, but it’s better you watch it just so you are aware of a possible issue with your iPhone and iPad. You are being advised that until Apple has managed to fix this issue, then you should really disable Siri lock screen access.

Many of the big tech websites have also confirmed this to be an issue, and so we now wait to see if Apple will release a hot fix, although we don’t hold out much hope, seeing as though the flaw still persists in iOS 9.1 beta 2, which went live to developers yesterday.