Thanks to being able to test iOS 7 beta 3 on both the iPhone 5 and 4S, we would say that our focus is now towards seeing the iOS 7 Gold Master and finally a release date in a couple of months time. So, seeing a concept featuring iOS 8 and an iPhone 6 mini concept shocked us but we guess it is good to get ahead right?

We know Apple fans are some of the most loyal, and in many cases they like to dream about what Apple might do next. This would be one reason why we’re starting to see a number of concepts showing what could be after iOS 7 and the likely iPhone 5S.

You can see the iOS 8 and iPhone 6 mini concept design above that we found by the way of The Tech Storm. The author, Storm Williams, explains that the iPhone mini features LED lights on the rear, which you can customize. It is also worth noting that the Apple logo can act as a camera flash as well. 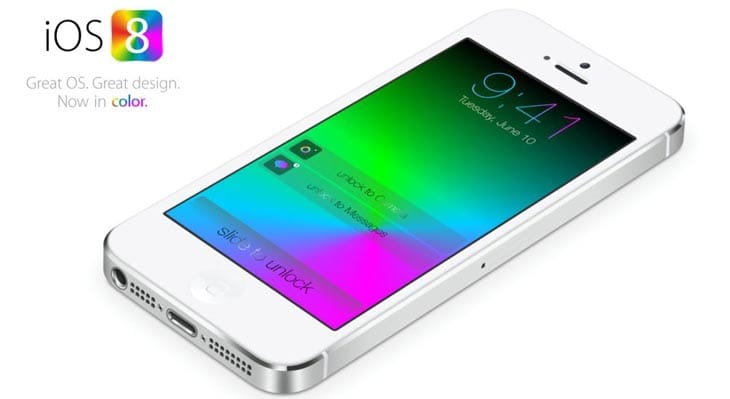 In these concepts you can see the minimalistic approach of iOS 7 has been carried forward to iOS 8, although everything has been pushed to another level of simplicity and extreme color. The colors might be too much for some of our Apple iPhone 5 or 4S users, although we must admit that the iOS 7 beta colors were too much for us at first but now we love them.