Now that the iPhone, iPad, and Mac beta is being used by developers, we’ve been contacted by a few of our readers in regard to the iOS 8 public release date. They know we are normally spot on with our estimations and unless you don’t know Apple’s normal pattern, then this 2 week window will help you relax thanks to there being many weeks yet until we see iOS 8 reach a Gold Master.

Our expectation of the iOS 8 beta 1 release date was spot on over a month before, so today we will offer another target window for the public download of iOS 8. You can see the image below that paints a release window in the second half of September 2014, which follows a September 18 release for iOS 7 last year. 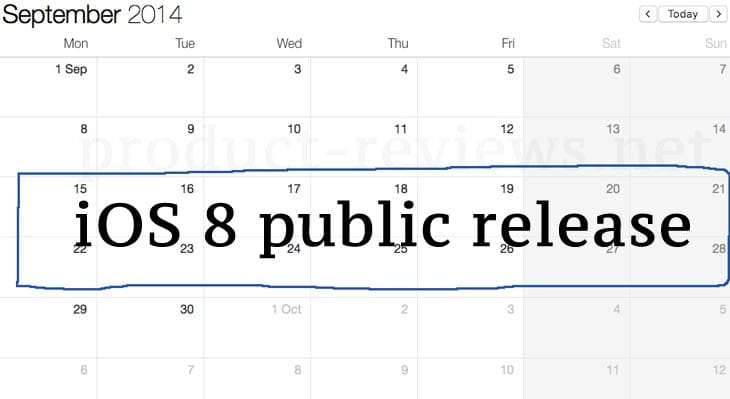 Will you be looking forward to iOS 8 receiving a public release in September? We will be offering some detailed insight with how the betas are progressing over the coming weeks and months, so follow Product Reviews social channels to keep updated. While other blogs publish news based on what Apple is saying about iOS 8 and Mac OS X, we’re getting the details after some hands-on insight like with problems connecting iOS 8 devices to Mac OS X 10.10 with handoff.