iOS 8 is not even a day old and there are already problems, and iOS 8 mail app crashes seems to be a hot topic of conversation on a few forums. I only decided to look at forums after my iPhone and iPad kept crashes while the mail app was open.

My personal experience is this, the mail app in iOS 8 is fine if there is no mail to collect, but the moment there are emails the app shuts itself down. You then have to restart the app in order to read them. 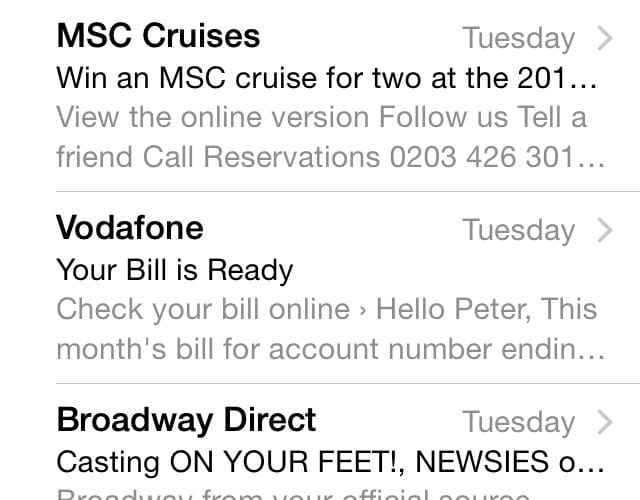 I decided to look on Apple Discussions to see if this was a common issue, and if there was a quick fix. One user said “I can only reopen the app after a full reboot.” It is worth pointing out that that person was using an iPhone 4S.

It seems that people are having mixed results because while some people report that the iOS 8 problem with the mail app crashing was resolved following the reboot, others said the issue remained.

Another workaround is to delete all of your mail accounts and then add them in again; we have found that this has resolved issues in the past. However, if that does not work, then you can reset all settings, failing that, you might have to restore your handset and restore from a backup.

Have had the same issue with the mail app in iOS 8, and if so have you managed to resolve the issue?