It is hard to see many people using the official Apple Worldwide Developers Conference app right now, but if there’s problems with iOS 8.1 then it should be addressed with an app update no matter how many people have this application installed.

This is exactly what Apple just done with version 2.1.3 of the WWDC app. The 6.6 MB file adds support for both the new iPhone 6 and Plus version, as well as addressing an iOS 8 crash problem that happened on launch.

Within the release notes, Apple informs us that the WWDC app would “crash on launch” when a device was running “iOS 8 or later”. It’s unclear if this was all devices, iPad, or just new iPhones. 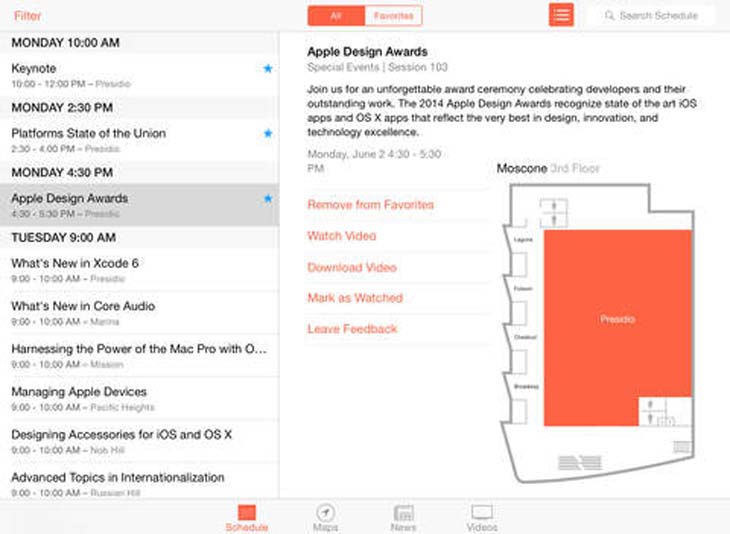 Do any other apps crash for you in iOS 8 and if so, what problems do you have and with what apps? We have been testing iOS 8 since early betas and now that we have iOS 8.1, it seems the majority of apps run smoothly unless they need a 3rd party developer update.

It’s unlikely we will see another update anytime soon, so expect the next WWDC app update just before the 2015 event with a preview for iOS 9. You can download the latest update right now via the App Store on your device, or directly with iTunes online.