During the WWDC keynote on Monday we got to learn so much about iOS 8, which surprised us a little, seeing as though there were rumors suggesting the new mobile OS would only play a small part during Apple’s keynote. There is a lot to look forward to with iOS 8, especially for game developers.

A new Swift programming language was showcased to show you just how easy it is to program an app, and as a way to prove Apple was right, a new Flappy Bird clone has shown up on the Internet.

FlappySwift is an iOS 8 compatible gaming app and took just four hours, which shows just how easy it is program in the new language. You might not think this is a big deal for a programmer, but we’re told that the guy behind the app has no previous experience of Swift, meaning it will be easy for all devs to get to grips with. 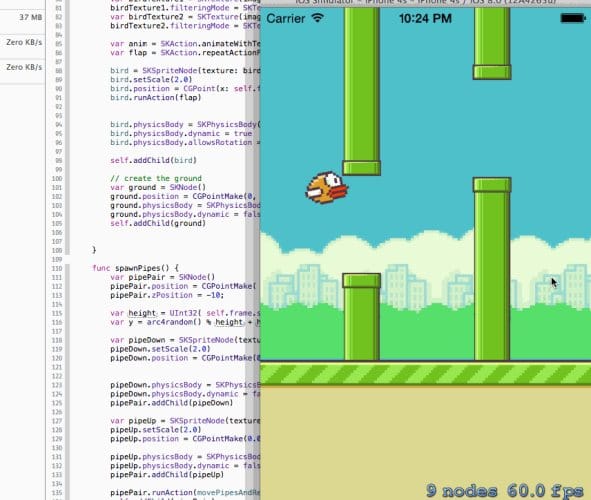 As a way to help people new to Swift get used to its code, you can see the FlappySwift code here, which really does help give you a better understanding.

If you do manage to come up with your own app thanks to this code, then please give us a heads up once you have done so.