We expect iOS 8 beta 2 to hit its release date tomorrow, June 16, which follows a clear pattern seen with iOS 6 and iOS 7 betas. The second beta for the past two major software upgrades launched for download exactly two weeks after the Apple WWDC keynotes, so with this in-mind you can count on seeing the iOS 8 beta 2 download in just over 24 hours time.

In 2014 WWDC took place on Monday, June 2, so this pinpoints the iOS 8 beta 2 release date for Monday, June 16. It’s not clear exactly what the release time will be, although Product Reviews will update our social channels when the download is live.

If you’re one of the 9 million plus developers, what would you like to see fixed within iOS 8 beta 2? Personally, the settings crashing needs to stop, Photos need to show last taken on camera roll after taking a picture, and some of our developer readers have complained about iOS 8 battery drain thanks to location services. 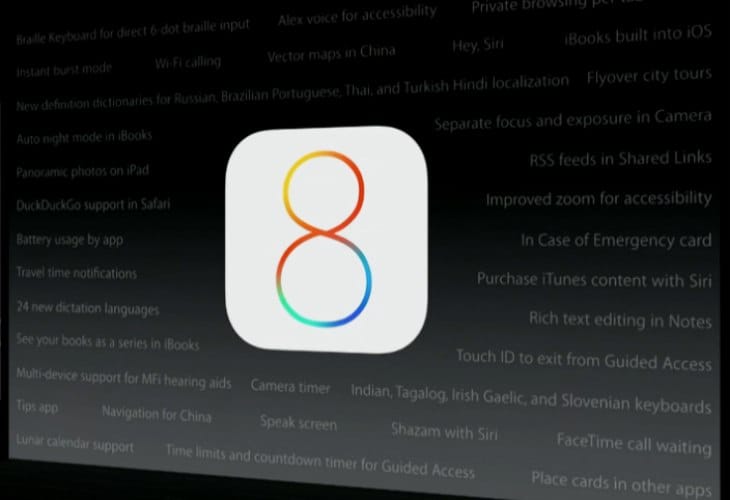 It is true iOS 8 is currently in beta form, although there’s some features that should be working right now like Handoff and this isn’t the case, or at the very least they aren’t working correctly. We’ve been hands-on with new Apple features like Continuity, although there’s a lot of problems with a service that should work “without any changes”, according to Apple. To start Handoff working, you in fact have to change enable a cloud setting within OS X 10.10 Yosemite.

You can take a look at the full iOS 8 release notes in an earlier article.