With the release of iOS 8.4 yesterday people seem a little apprehensive as to whether they should download and install it or not, seeing as though they have suffered a few issues when installing a new update right away. It’s for this reason why some people want to read an iOS 8.4 review beforehand, as it often pays to be cautious.

Before we point you in the direction of a few early iOS 8.4 reviews, we thought we would cover a few reasons why you may want to hold off for now. The first is that some people have started to experience issues with battery life, as they are draining at a faster rate than before.

Then there is the Apple Music Radio issue, where some people are unable to play the stations. However, this seems more like an issue with Apple not telling us that the service is only specific to the US for now. Some people have been getting around this issue by changing their Apple ID to US. 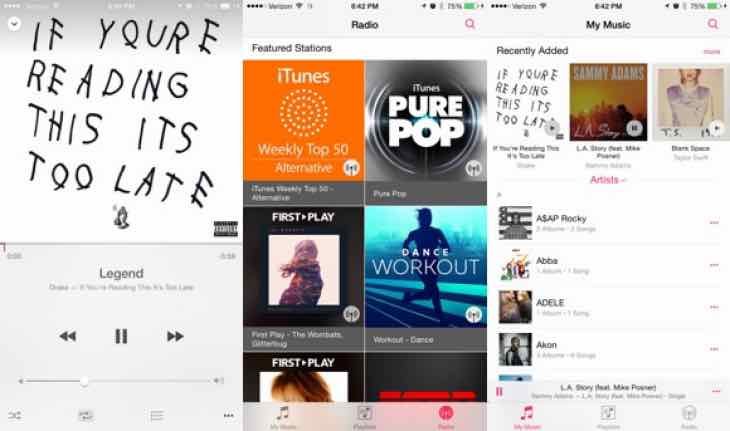 iOS 8.4 vs iOS 8.3 — This first review is a rather interesting one, as it compares the previous version (already installed on your devices) to the new one. You get to learn everything that is new, although it is clear from the start that this is only a huge update for people that love music. GottaBe Mobile goes through ten of the most important changes made in this update, which should help you decide if it is worth you rushing to update, or whether you should wait for iOS 8.4.1, unless iOS 8.5 is the next version.

If you are more worried about how iOS 8.4 will perform on your iPhone 5S or iPhone 6, then these reviews have been created to test the first impressions and overall performance since updating. They cover the installation process, how WiFi and cellular perform and if there are any early bugs or issues we should be concerned about. Like we said, there is that battery issue, but that’s as much as we have heard from our readers and colleagues so far in terms of the mobile OS itself.

We have yet to see any iOS 8.4 video reviews appear on YouTube from a consumer’s point of view, as this is the best test to see if it would be beneficial for you to upgrade at this early stage.

Have you updated, if so what are your first thoughts, and have you experienced any issues?