The iOS 8.4 update has been in developers hands for a few weeks now and its release date to public will be within June, 2015. This received confirmation thanks to the Music App revealed at WWDC 2015 being launched at the end of June, also launching with iOS 8.4 and way before iOS 9 releases in September.

Developers have given a little insight into the new Apple Music app already, which included feedback on current problems experienced that need to be fixed before the iOS 8.4 update goes live. Currently, iOS 8.4 beta 4 is the current build and we believe there won’t be a beta 5 before the public go hands-on.

Any Apple Music app issues will need to be fixed before it releases to public and within feedback from beta 4, so it will be interesting to see how smooth the rollout is when it goes live.

iOS 8.4 issues and concerns – Product Reviews has received feedback from a few of our readers in the UK and India, which focus on whether they will download iOS 8.4 on the release date, or wait until a few days later. One commenter said, “I’m not downloading iOS 8.4 unless it stops my device from locking up many times throughout the day, which it has done since 8.3. They can keep the new features, I only want my Handset to work without problems”. 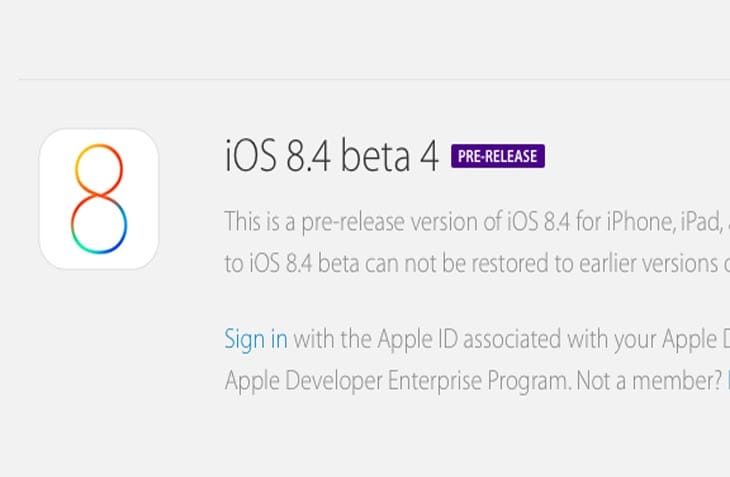 Another added, “Updates are scary due to iOS 8 breaking many of my games, I really don’t want another bricked iPad or iPhone. I will wait at least 24 hours, maybe even a week to see how other find the update”. While many of these concerns are some people being too careful, it does make sense to wait a day for less people to be downloading and the chance to skip major bugs.

Some analysts expect the iOS 8.4 update to launch on iPad and iPhone before the Apple Music release date, June 30, as this would allow for less confusion, but considering the Tuesday date, we personally believe all will go live at the same time. If there’s a last minute push for iOS 8.4 beta 5, then it will release on Tuesday June 23, but we expect this won’t be the case and the next public release to arrive one week later.

Bottom-line: Get ready for the iOS 8.4 update to see a June 30 release date in India, the UK, USA, and many other countries at the same time. Wait at least 24 hours after this date, if you have concerns. There’s also hopes that this Apple Mail iCloud password hack will be fixed within this update.