The release of iOS 8.4 has not got off to the sort of start that Apple had intended, although we are not surprised, seeing as though this is a common theme with iOS updates. We already discussed how there is an error message with Apple Music Radio, where users are unable to connect to a radio station.

iOS 8.4 drains battery life – Well, it now seems there is another Apple Music issue, as it is said to be the cause of the battery life draining on the iPhone and iPad quicker than it should. Many people have been taking to Twitter about their unhappiness that their devices are draining at a quicker rate than they were with iOS 8.3. 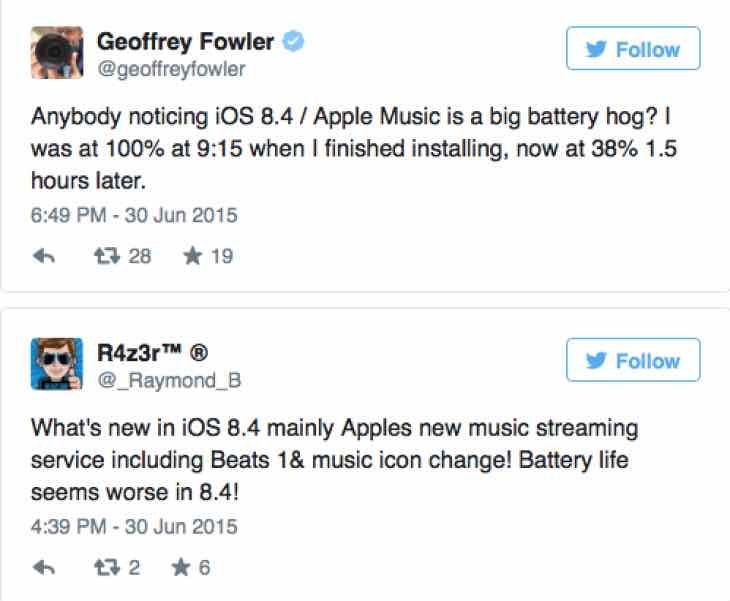 We do find it strange how one person believes he is losing 60 percent of his battery life in an hour, while another said it was more like 40 percent for him. We have also noticed that since updating to iOS 8.4 the battery life on my iPhone 6 is going down quicker than before.

I know that the phone is being used more than usual because of trying out those new features, but while the phone was in standby last night it went through abut 15 percent of battery life, when it would hardly use 3 percent before.

Have you noticed any other issues since updating to iOS 8.4?