For those that have just downloaded the iOS 8.3 update on iPhone and iPad, we can now bring you a full list of iOS 8.3 new features – showing you exactly what Apple has changed compared to iOS 8.2.

However, if you head to Apple’s support website you’ll see that the entire list of notes has been posted by the company and there’s a vast amount of changes to read through.

Apple has gone into specific detail on which apps benefit from the performance improvements in iOS 8.3, with apps such as Messages, WiFi, Safari tabs and Control Center highlighted in the notes. 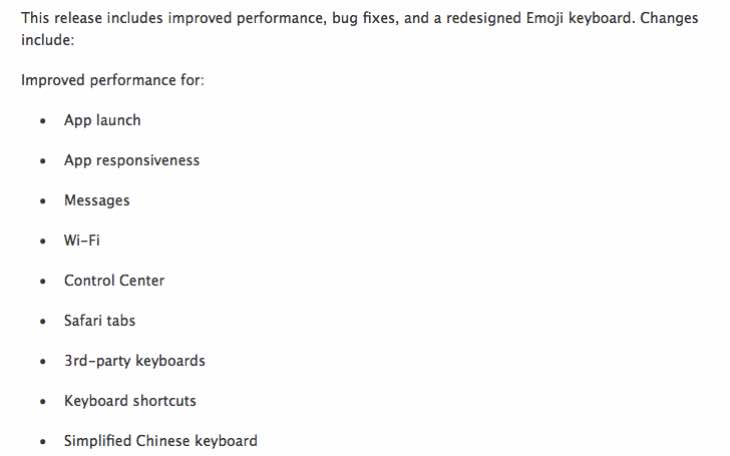 Further down, we can see that Apple has also detailed an extensive list of Enterprise and Accessibility fixes as well – including a pronunciation improvement of street names in the Maps app.

It looks like a really good update from Apple, mixing in new functionality with some key iOS 8.3 bug fixes too that users should appreciate.

Take the time to read through the full list of new features in iOS 8.3 and let us know your thoughts on the update below.

Is anyone having any iOS 8.3 problems before or after update?