The next mobile OS update for developers is iOS 8.3 beta 3, as they are already hands-on with the beta 2 version on iPad, iPod touch, and different iPhone models. Yesterday, Apple released the iOS 8.2 update to public and you can see the full list of notes in this article if you missed them.

Today, we wanted to highlight some iOS 8.2 problems evident after consumers downloaded the update last night, or this morning. These issues have been shared with Product Reviews by our readers and also seen on the official discussion forums for Apple.

One forum user explained their iPad just updated to 8.2 and now when they type or hold the screen, it “starts random things”. Another said, “After my upgrade to iOS 8.2 I’m losing connection to my home WiFi non stop. Even if I turn it off and on again, it works for a few minutes and then starts losing connection again”. One tip for these users is to perform a soft reset of their device, which can be done by holding down the power button and menu button. 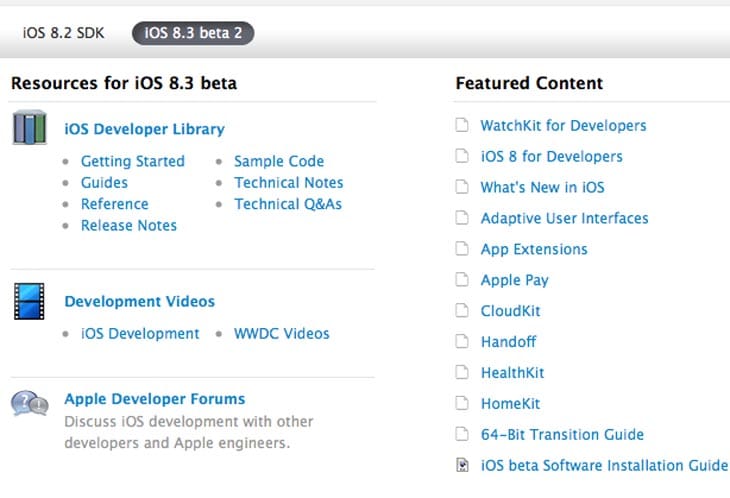 In regard to iPhone users, we heard directly from our readers about an “iPhone 5 camera only showing black after the 8.2 update”, “The WiFI password being incorrect after this iOS 8 update”, and “battery drain with an iPhone 5 after the 8.2 software update”. This is just a small example of issues, but you will see thousands more by visiting Apple’s forums or searching on Twitter. There’s also a lot of people complaining about signal problems with their mobile network, as seen in this comment “I stupidly updated to iOS 8.2 and now I have no Network Signal in an area where I have full signal”.

The last beta released to the developer portal on Feb 23, 2015. Considering the gap and the release of iOS 8.2 to public, we can now expect a new beta to release to developers at some point in March and one that might include a few fixes to current iOS 8.2 problems. Any bugs being shared with Apple, seen by developers, and official staff could be highlighted enough to receive a fix sooner rather than later.

What problems have you had with the iOS 8.2 update so far and if you’ve had issues, what device were they on? Leave your comments below, especially if you’ve had one of the issues above or something completely different.