It is not certain if there are to be any more updates before iOS 8.2, although you would think that Apple developers would have their hands full making certain this update had all hands on deck. Reports have come to light that the iOS 8.2 release date will happen in March, possibly in the second week for the iPhone, iPad and iPod touch.

There is no exact date for its release, but BGR is very positive it will be the second week of March, and so we have around five weeks before we will find out. It is not yet certain if it will be a quiet launch or if there will be an Apple event.

The smart money would be to say there will be an Apple event, in which they could tell us that iOS 8.2 will be ready to download that very day, and will have a lead time over the Apple Watch of a couple of weeks. 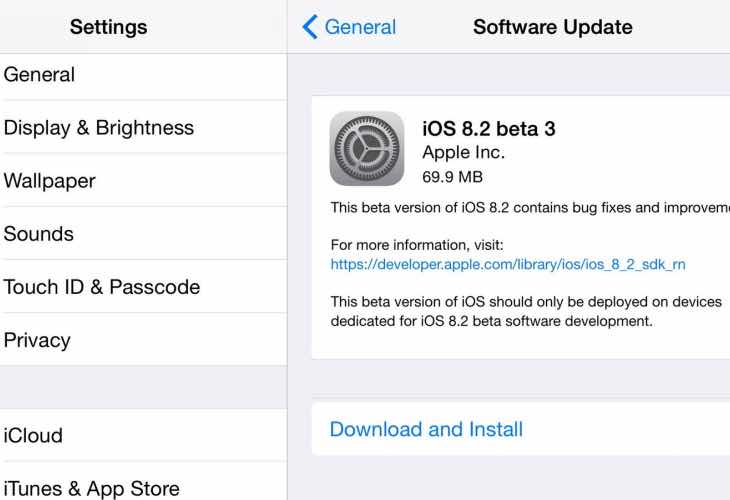 Let’s be real here, Apple is not going to release the larger iOS 8 update for its devices at the same time as its Watch, as they are sure to want people to install the update on their iOS devices before the Watch is ready to be released to the public.

What is the point of releasing its Watch and then telling people you need to install an update on your iPhone, iPad or iPod touch even before you can use it?