The most recent iOS 8.2 beta update had several interesting features built in, one of which was the ability to customize certain aspects of the upcoming Apple Watch. This customization feature means that you can change several aspects of the Apple Watch screen, something that we are not used to seeing with other iOS products.

Apple has been known to not allow people to make too many custom changes to its iOS devices, something that has had a mixed reaction over the years. People often feel like sheep in the way they have to own let’s say and iPhone that looks pretty much the same in terms of its homescreen, albeit different icons. 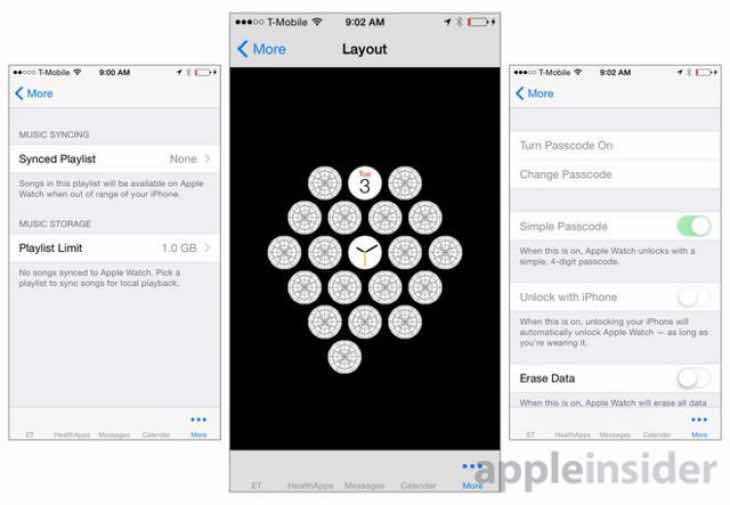 If you were to own an Apple Watch, then you will be able to change many aspects of its face just by using the companion app that is built into iOS 8.2. That’s not all, as there are several other features within this app, these include, calendar, contacts, health-related apps and messages.

However, the other feature that stands out for us is the ability to place and answer calls, making you feel a lot like Michael Knight. You can see an image of this companion app in the image above, which is thanks to Apple Insider.