It’s been a while coming, but the iOS 8.1 update has now gone live, and with a bit of luck many of the issues that have been affecting iPad and iPhone users will now be resolved. This latest update brings with it several bug fixes, along with some new features, one of which is to offer Apple Pay support for the iPhone 6 and 6 Plus. The full details can be seen in the iOS 8.1 release notes, which we have an image for you below.

We already knew that iOS 8.1 would be bringing back Camera Roll, one of the most talked about features from the previous version, as it was taken from us. People can now send and receive SMS and MMS text messages from their iPad and Mac, as well as fixing an annoying bug where some messages would not be marked as read, which did lead to a few arguments where people assumed they were being ignored. 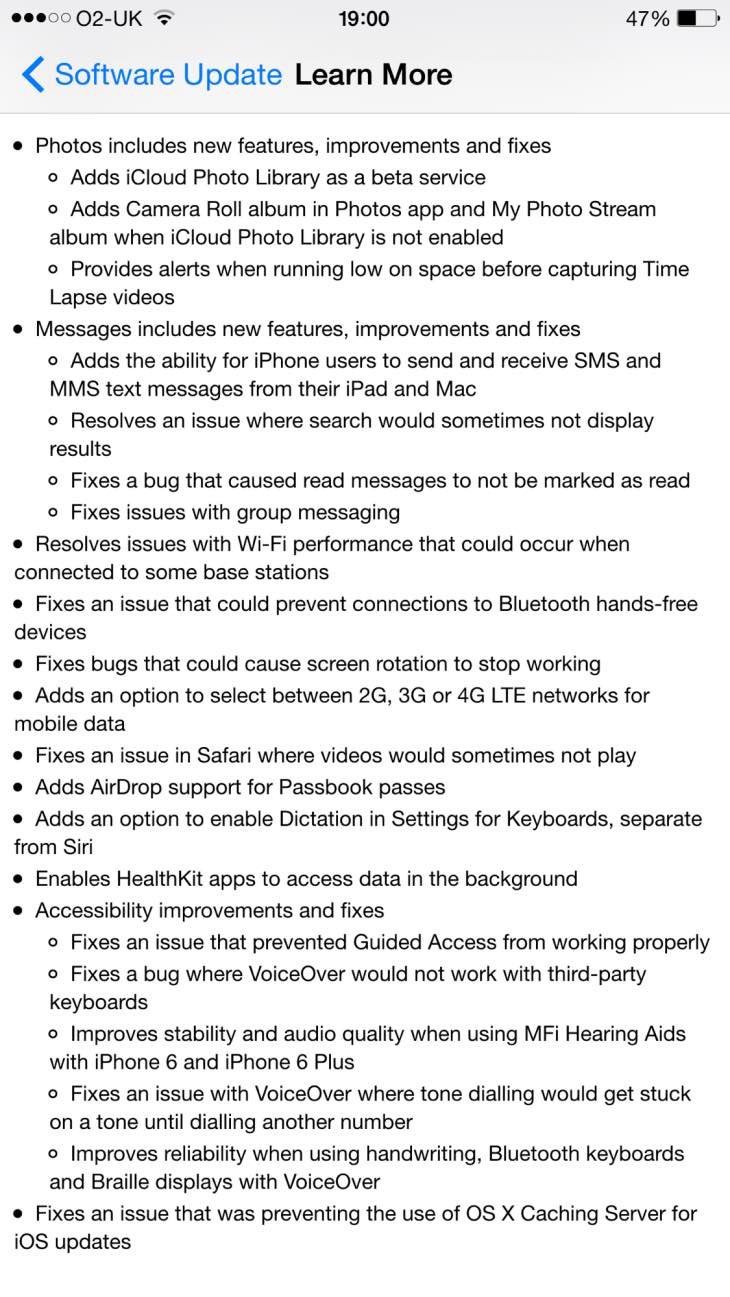 Wi-Fi performance has been a major talking point for the iPhone and iPad, and so Apple says that iOS 8.1 brings an end to these problems, but only time will tell if this is the case or not. Sticking with connectivity, fixes have also been made so that Bluetooth hands-free devices will now come with improved support.

There have been several times when screen rotation would stop working, and would require a restart, so we are happy to learn this to has been resolved.

It would be silly to list all the improvements, and so we ask that you read all of them in the image above. You will notice that Apple Pay does not appear in the release notes above, but this was taken from an update version in the UK, and it is only the US that has that added feature for now.

What are your thoughts on iOS 8.1 so far, has is made improvement, or has it cause new problems?