Earlier on we told you that Apple themselves had managed to leak both the upcoming iPad Air 2 and iPad Mini 3 before the company’s event on Thursday morning had even begun. Now, the same leak has suggested that we could be very close to the iOS 8.1 release time as well.

To recap quickly, Apple has already revealed both of their new tablets by including them in the iOS 8.1 manual which appeared on iBooks ahead of schedule.

The manual showed a screenshot of the iPad Air 2 and iPad Mini 3, as well as written confirmation saying that both will be running iOS 8.1, Apple’s next major software update. 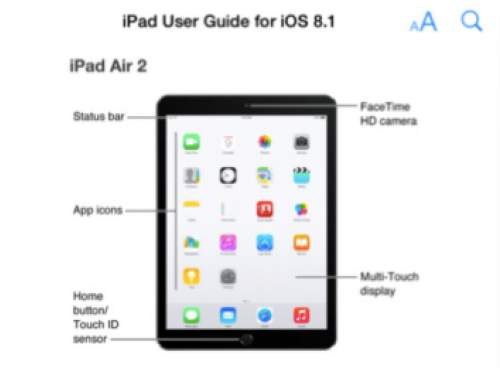 They also state however, that Apple Pay could be activated on October 20. With this in mind, we could see a public update on Thursday, but the Apple Pay feature going live at a later date – either that, or Apple will save the iOS 8 rollout until the new iPad models actually ship, presumably at the end of October.

Either way, it looks like there is going to be some relief for though of you who continue to have problems on current versions of iOS 8. In one of our earlier iOS 8.0.2 problem threads, it has become apparent that Apple’s latest update is not playing nice with iPad models at the moment.

Are you hoping that Apple surprises everyone on Thursday with an instant iOS 8.1 update, or do you think the iOS 8.1 public download will happen on the same day in which the new tablets launch?