The public release for iOS 8.1 has taken another step closer, as Apple has now seeded the second beta to developers. It has only been a week since beta 1 was released, and so they are keeping up the pace in trying to bring out an improved version of the mobile OS, which we know has suffered from a huge number of issues, and as such the uptake in installs for iOS 8 has now slowed down to a level much lower than the previous version last year.

iOS 8.1 beta 2 comes with several new bug fixes, which is said to bring an end to the Bluetooth connectivity problem, which means this will not be an upcoming fix for iOS 8.03. This will no doubt come as bad news because there have been a larger number of iPad users experiencing such connectivity issues. 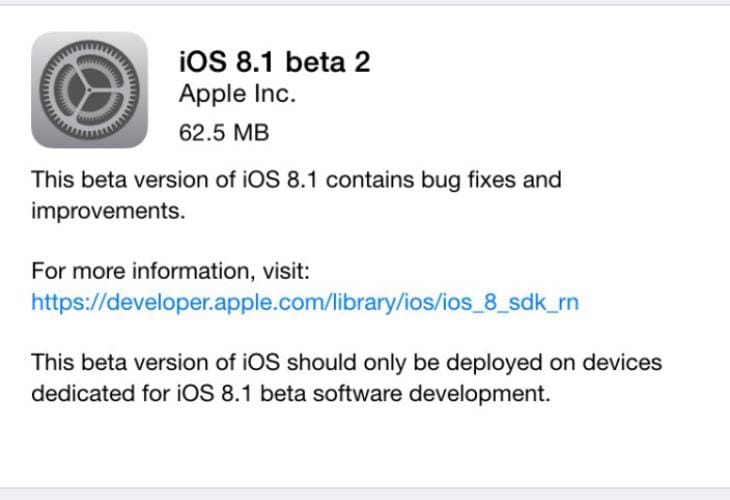 Having said that, this could be more evidence that Apple may even skip iOS 8.0.3 update and jump straight to iOS 8.1, seeing as though Apple Pay appears in the release notes once again, a system that is highly rumored to be released later this month during the iPad event.

Looking over the iOS 8.1 beta 2 release notes we can see two other fixes, the first is iCloud backup, and the second is to do with the iCloud Photo Library.