We explained earlier how iOS 8.1 went live, and we also shared with you the release notes. We did ask if all had gone well with this latest update, or if there were any problems, and we now have a reaction from some of our readers. The first reaction we got was a positive one, saying that iOS 8.1 fixed the Bluetooth connection, which means hands-free can finally be used in the car.

iOS 8.1 problems – Things are not all good though because some early adopters have found there to still be issues, ones that had been an issue with iOS 8.0.2, meaning Apple has yet to get on top of them. After downloading iOS 8.1 in the hope that all message problems would be resolved, there have been a few reports that iOS users have been unable to send a non iOS user messages. 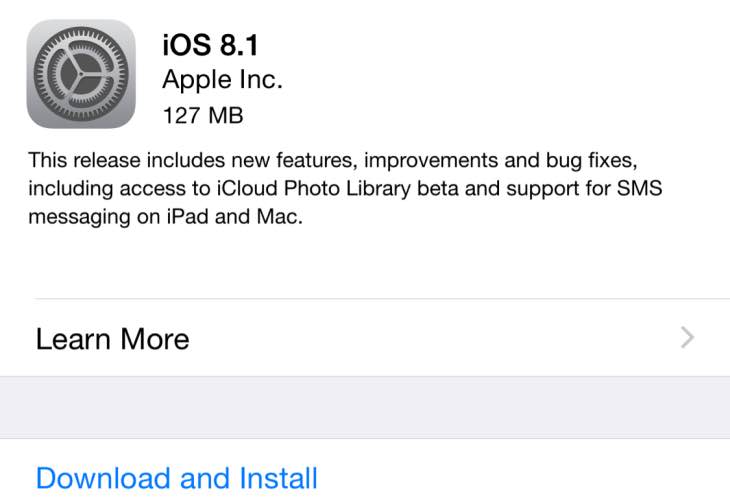 Keeping with the Message app theme, another iOS 8.1 early adopter cannot find the feature to forward a text message on their iPhone and iPad. He asked if there was something he had missed, so have you suffered the same problem?

One of the strangest issues we have seen is the number “1” banner at the top right of the settings app. We have had a look and were unable to see such an issue, but we are told it is there.

Random dashboard reboots were a problem in iOS 8.0.2 and are still a problem now, which is yet something else Apple seems to have let slip by.

We have seen instances where AirDrop for Contacts Only would not turn on in the control center as it keeps asking for the iCloud password all of the time.

Finally, the last issue that you might wish to know about is that some people are having issues with sending emails since updating to iOS 8.1. Again, we have tried to send an email and had no such problem, but how about you?

Have you had any problems since updating to iOS 8.1?