It’s been a week since iOS 8.1 was released and even though Apple said it brought with it several bug fixes and a few new features, such as Apple Pay for those with an iPhone 6 and 6 Plus, there are still a few issues being experienced by users. We have already heard from a few iPad 2 owners continuing to experience a slowdown with their tablets, and now we have gotten reports of iPad Air owners having WiFi freezing problems since last weeks update to iOS 8.1.

We already reported this problem with iOS 8 and 8.0.2, yet this WiFi freezing problem still persists. There is a fix for this, and that is to shutdown the tablet and restart, although this does not last long and we are waiting for Apple to offer a more permanent fix, whether this will be in iOS 8.1.0.1 is another version, as we have no clue as to what the number of the next update will be. 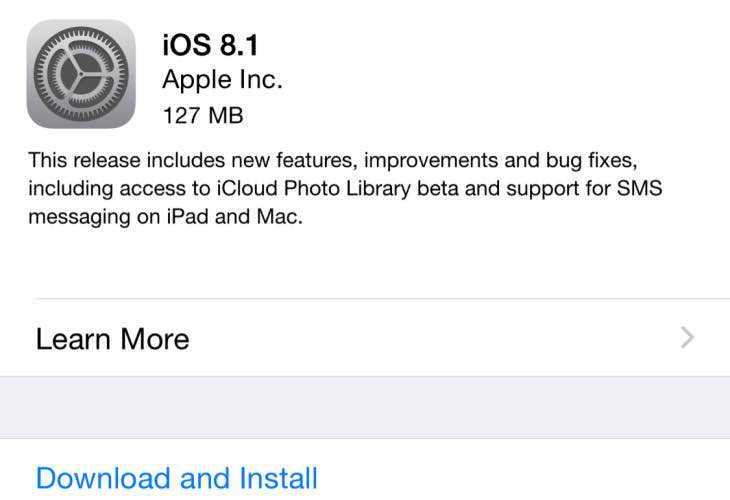 The worrying thing here is the fact that some users said they never had such an issue before, and only encountered the WiFi problems after updating their iPad Air to iOS 8.1, which in some cases becomes extremely slow, around 0.1mbps, rather than 20mbps. What is strange is how they updated other iOS devices, just like we have with our iPhone 6 and 6 Plus and have yet to see any such issues.

We have yet to update our iPad Air just yet due to hearing about these WiFi problems, although we will have to go ahead and update soon, just in case there are other issues lurking that have yet to be reported.

Possible fix – Some people had tried to reset their network settings, but to no avail, although we have heard that updating your router to the latest firmware version often helps. Have you been able to resolve the issue yet, and if so what worked for you?