Several days ago we reported that things were behind schedule over at Apple, as they have run into a few problems regarding iOS 7, as the UI has been causing them a few issues. Something like this was always going to manifest considering Jony Ive had to join the team partway through the design process.

If you were hoping to see iOS 7 get the full Ive treatment, then you may be left feeling a little disappointed because this may not happen until iOS 8. However, we should see some of his flare brought into the next update. Over the weeks and months we have seen several concept videos of what could be possible, and so we thought we would give you the opportunity to see another.

The iOS 7 user experience is the most important thing Apple needs to take into consideration, and if these latest improvements, which are visualized above and below, are anything to go by then Apple seems to have put the mistakes of iOS 6 behind them. However, this just is wishful thinking, as this is just a concept of what one designer believes/hopes will happen. 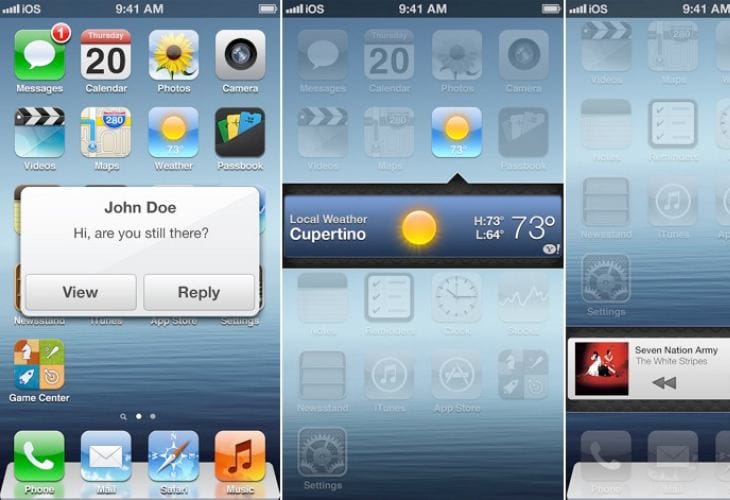 As you would imagine designers like F. Bianco borrow ideas taken from iOS jailbreaks and then incorporate them into a concept video, but rather than concentrate on one area of Apple’s mobile operating system, he looks at different areas that appeal to the user, such as app switching, media controls, widgets and so much more.

One issue that we would like to see improved on iOS 7 is easier accessibility, because getting to functions like Bluetooth is not as quick as it could be, but in the video above you’ll see a workaround to make this process much faster.

What features do you like in this concept, and what other improvements would you like to see brought into iOS 7?