Now that we are a week on from our previous look at a possible iOS 7 beta 7 release happening before Gold Master, it seems that this possibility has almost vanished thanks to the launch window closing. Apple is expected to send out event invitations in 2 to 3 days time, so this only leaves room now for an iOS 7 Gold Master before the public release date expected in September.

It is thought that the next Apple keynote will take place on September 10, 2013. This event should see a new iPhone 5S and 5C detailed alongside the release of iOS 7 Gold Master to developers, which leaves a couple of weeks before it ends up in consumer hands along with a new 7th generation iPhone.

iOS 7 problems continue — we have mentioned a few issues our in-house developer has had with iOS 7 beta 6 on a number of occasions. Most of these issues are expected to be fixed in the iOS 7 Gold Master or final release version, but some people wonder if some of their issues will be fixed in time. 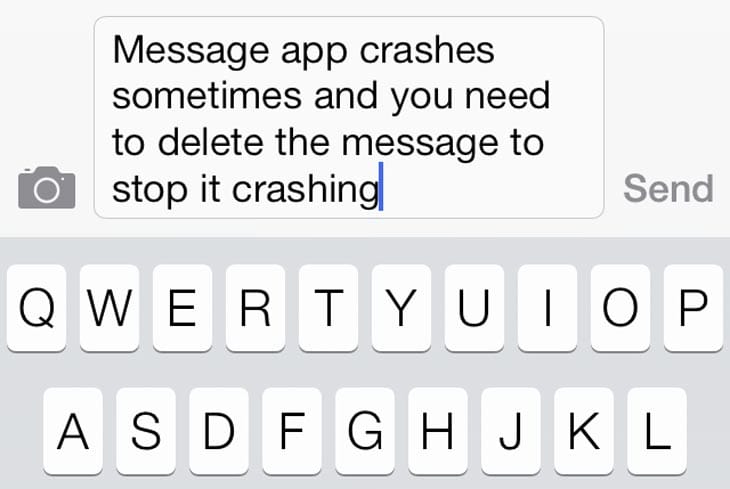 The Messages app crashing in iOS 7 and some reports of Safari crashing join a list of other more minor problems. When it comes to 3rd party apps, most of those problems will need a fix from the developer responsible but we did see the Google Plus app improve in iOS 7 beta 6 with a lot less crashing.

What would you like fixed in iOS 7 Gold Master? Have you had problems with the Messages app crashing as our developer experienced, and do you think a beta 6 should have been released last week?

You should expect the iOS 7 beta problem to be finished now and Gold Master to go live before or on the September 10 Apple event.