The iOS 7.1 update went live just over an hour ago putting to rest any idea of a beta 6 launching, and this marks one of the biggest software updates since the original iOS 7 went live last year. The iPhone 4S update measures 186MB, the iPhone 5 increases the size to 214MB, and our iPad mini reveals an iOS 7.1 update size of 198MB.

This news follows disappointment that the iOS 7.1 software update would release along with the Festival app, which never happened considering that app reached a new version a few days ago. This made some users feel that another beta would come first, although that was proved incorrect just over an hour ago.

The normal apple.com/ios/ios7-update page has been updated with new features and now showcases the image found below. The main changes include Touch ID fingerprint recognition being improved, and the really annoying Home screen crashing has now been fixed along with better performance for iPhone 4 users. 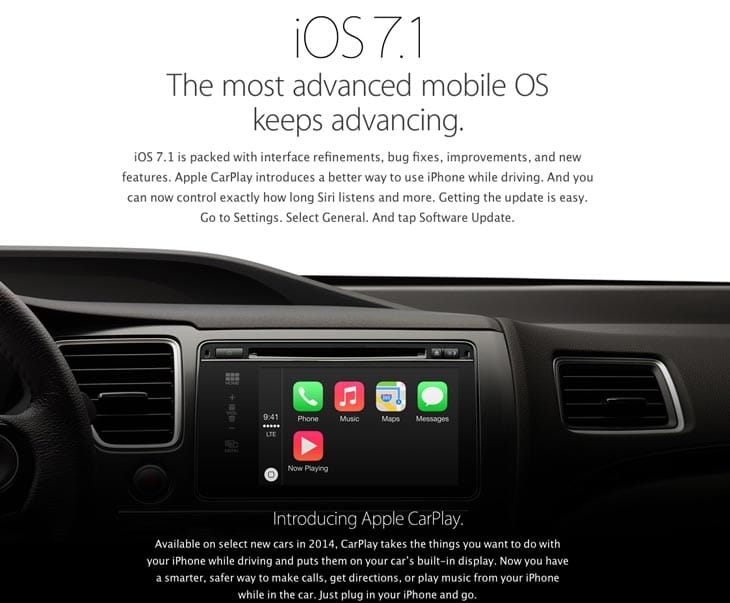 The main iOS 7.1 release notes can be seen in the screenshot below that we took from an iPad mini and this reveals new features like CarPlay. You will also find a number of improvements to Siri, so users can now manually control when they want Siri to be listening. 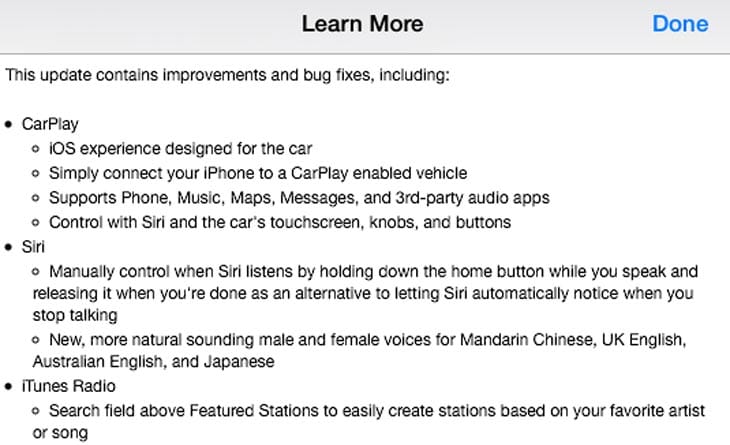 Are you happy with the new features and fixes in the iOS 7.1 update? If not, what has been missed in your opinion?

The CarPlay feature was expected considering all the videos we’ve seen on YouTube from betas and this new ability will certainly benefit those with cars supporting CarPlay for iPhone and iPad.

Let us know how your iPhone and iPad battery life is after installing the iOS 7.1 update, especially if you get any battery drain problems. One tip would be to try a fresh install if you get such issues.