It looks like we are getting very close to the official iOS 7.1 release date. As you know, Apple has been beta testing the new software over the last few months, but new information has suggested that testing is now all but complete and a full public iOS 7.1 download will be available soon.

We told you recently that iOS 7.1 beta 4 had gone live, whilst also telling you about potential new iOS 7.1 features in relation to using iOS in the car.

Other new functionality remains a secret at this point, but we’re hoping that Apple will make iOS users happy with a combination of new features mixed in with the traditional bug fixes from iOS 7.

New intel received over at BGR suggests that iOS 7.1 will be going live early March. Beta testing is apparently finished and Apple will put their final touches on the software with a Gold Master release before giving the go ahead with the public launch. 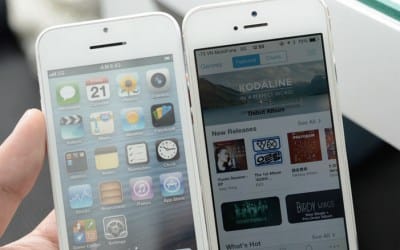 One notable iOS 7.1 bug fix that should be coming with the download, is a fix for frequent app crashes. We had been getting a lot of feedback from consumers who were unhappy about this, while some had even been saying that their phone or tablet that been rebooting by itself as well.

With just weeks to go until iOS 7.1 is finally live, let us know what you would like to see from Apple, in relation to bug fixes and new features.