Having already shown you some of the improvements made to iOS 7.1 running on an iPhone 5S, we had hoped to see what the update would bring to the iPad Air and iPad mini with Retina, However, for some strange reason there are no english videos on YouTube offering such footage, so why is this?

The iOS 7.1 beta was released a couple of weeks ago now and we expect the Gold Master to be ready in January, with a possible iOS 7.1 public release anytime after January 7, which we have already explained.

With its release being a month or so away, we would have assumed to see a few videos of the iOS 7.1 running on the two latest iPads. There are several videos showing off the new features on the iPad 3 and 4, but none for the Air or mini 2. 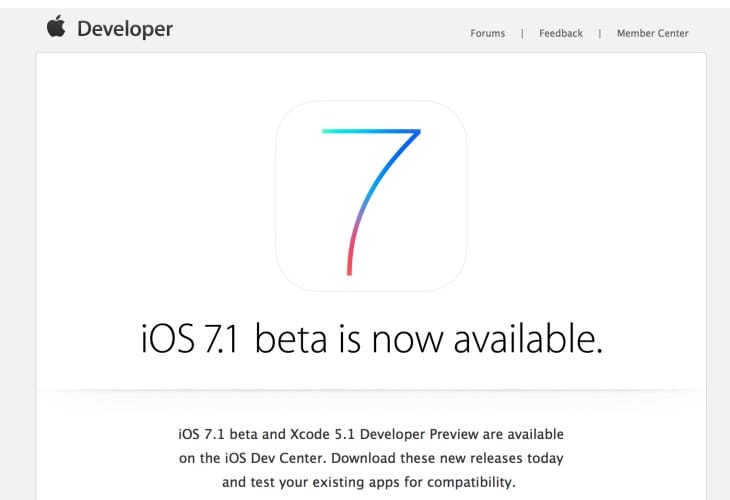 Having said that, we have managed to track down one iOS 7.1 iPad Air video, although you have to put up with it being in Russian, or something like that.

Even though the video lacks English commentary, we still get a good look at how well iOS 7.1 performs on various iOS devices, and it is clear to see that it is a vast improvement over iOS 7.0.4 because it doesn’t seem to be as laggy.

Are you happy with the new features and bug fixes of iOS 7.1, and when do you think its likely release date will be?