With the release of iOS 7.1 expected to be in January 2014, users have been looking at what to expect from the update in terms of features. We already have a good idea thanks to a few videos showing the software running on an iPhone 5S, but another features has popped up.

It was already assumed that Apple would make iOS in the Car a feature on iOS 7.1, and a new report looks as though this could be true. The latest beta version shows a new toggle, which allows for the user to disable or enable Car Display, which appears in the Restrictions Settings panel.

We could be getting ahead of ourselves here and seeing this appear in the latest iOS 7.1 beta might not mean it will be released with the next update. There is a possibility that it will form part of iOS 7.2, and so we will just have to wait a month or so to see what happens. 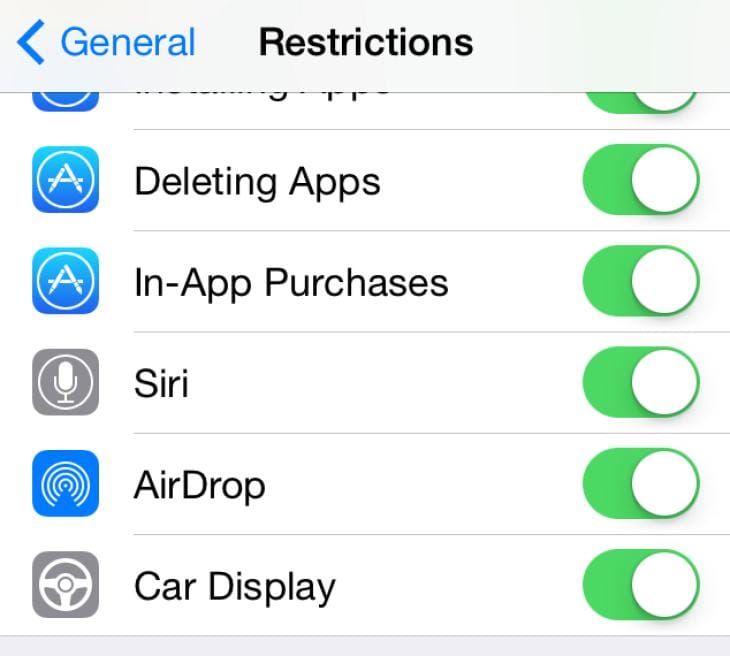 Try not to get too excited over this new feature though because it is not going to work with older cars, some new cars won’t support it either because they would rather support their own systems.

The likes of Ford should be on the side of the customer, but we know how such companies love to force us to using what they feel is better for us, rather than us who know what is better.