iOS 7.1 seems to be a long time coming, although we expect the update will get its public release next month. In the meantime Apple has been hard at it and a few days ago released iOS 7.1 Beta 5, which comes with several bug fixes and some minor updates over the previous update.

Apple devs with an iPad, or iPhone and iPod touch were able to see just what changes iOS 7.1 Beta 5 update brings, and you can see the highlights of those in the three videos we have for you below. We know we have made a point of highlighting the iPad with this latest version of iOS 7.1, this is because many of our readers who have an iPad Air have been asking just what changes they can expect.

While the three videos offers an insight into the iOS 7.1 Beta 5 changes for the iPhone, all of these changes also apply to the iPad Air, as well as the iPad mini and other iPad models. 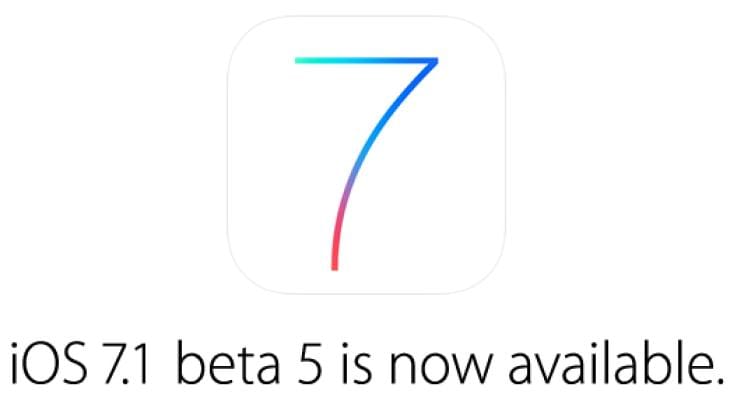 These videos do not offer you the full iOS 7.1 Beta 5 patch notes, and so we’d like to point you in the direction of BGR, who has the entire change log.

Looking over these three videos they basically cover many of the same new iOS 7.1 Beta 5 features, although they do highlight one or two different features. All of them do point out one of the biggest changes, and that is to the shift key, as the previous update did not go down well with developers, and so the background of the shift key is now much darker, making it easier to see.

iOS 7.1 Beta 5 also has an updated feature within iTunes Radio, as you now have the option to buy the album that you are listening to and not just the song like before.

There are also changes to the Wallpapers and Calendars, which are better explained in the videos embedded below.

Are you happy with the changes coming to iOS 7.1, or is you mind now on iOS 8 instead?