Now that we have learned what Apple has been up to with iOS 5, we thought that this would be the perfect opportunity for an iOS 6 wish list for its 2012 release. Apple will have to bring a few special things to the plate, as this will be expected to be installed in the iPhone 6, which should offer full 4G LTE connectivity.

We have already seen with iOS 5 that Apple has taken a huge leap forward in terms of features. Yes, we do know that they have copied a few key features from rivals, but we discussed earlier that this is common in such a market. Now that the upcoming iOS will come with a host of iCloud features, you have to wonder what will come next?

Personally we would love to see a way to cancel a SMS before it is sent, we cannot remember how many times we have started to send one, only to find it was going to the wrong person. Another feature that seems to have been missed with iOS 5 is turn-by-turn directions; we had assumed that it was coming — but we were wrong. 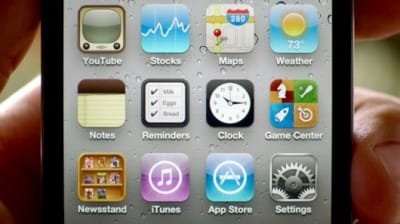 We still do not know what all of the updates are on iOS 5, as Apple only gave us a handful. We have just learned that Voice Control will still make it, but that’s all we know at this moment. What is your iOS 6 wish list for 2012?