Obviously, the first reaction to this is – don’t go near it. Jailbreaking your iOS device should always be a free service, but at the same time it’s not surprising to see someone attempt to charge users for it, given the demand for an unlocked version of the software.

A website by the name of SoftUnlockiPhone.com are claiming that they have the world’s first untethered jailbreak on iOS 6 for the iPhone 4 and the iPhone 4S – no surprise that iPhone 5 is left off the list for the moment. The bad news is that they want $25 for the service and this is going to be an instant turn off for the majority of consumers who are used to free jailbreak software. 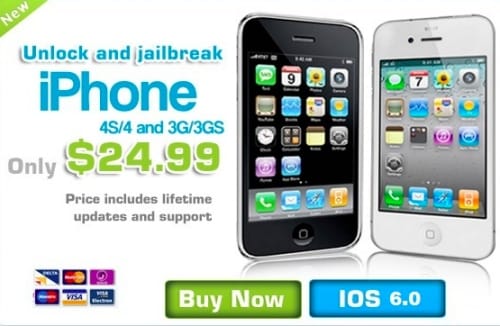 So what should you do now? Our advice to you is just to wait until one of the various jailbreaking teams release an updated version of their popular software and install that instead. We’ve read comments on how the $25 method works, but do you really want to spend your money with the risk that they could have been lying?

They are calling it ‘Softra1n’ as well which isn’t exactly original and the whole thing sounds very dubious to us. Still, you can’t blame them for trying and there are probably some individuals with more money than sense who will still empty their pockets for this.

If you are willing to try this out for $25, let us know how you get on and if the method is safe. You can find out more about the Softra1n iOS 6 jailbreak at the official website here.

Do you already have a tried and tested jailbreak software that you stick with, with each iOS version that releases? How many of you still wish that Geohot was still in the game – at least he wouldn’t be charging $25.