The conference is underway right now over in Malaysia and will continue on until the rest of the day. Security within mobile devices is going to be a key area of discussion during the event, but it looks like talk on an iOS 6 untethered jailbreak may be taking the limelight.

Earlier this week, a video was shown to the watching audience, revealing that a kernal exploit discovery had been made, which paved the way for iOS 6 jailbreak talk as a real possibility. Unfortunately, it looks like those videos have been removed by the uploader, but one piece of information to share with you lies in the fact that there appears to be two main teams of ‘hackers’ who are thought to be hard at work on cracking the code towards an untethered jailbreak. 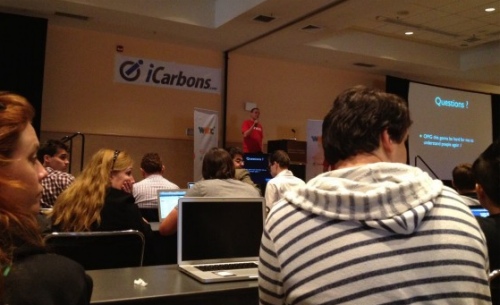 While it’s good in the fact that there is more chance of an untethered jailbreak being realized, it also raises the possibility of further delays, as the two teams battle it out for bragging rights on who gets to release the software first. For now though, the waiting game goes on and there’s nothing else that can be done except wait for a public download.

If you are patiently waiting for an untethered iOS 6 jailbreak at all costs, you may want to keep an eye on the Twitter account of Chpwn, who appears to have come closest to unlocking Apple’s security – so far though, he isn’t releasing it for public download.

Will we have an untethered jailbreak before the end of the week, or are you not so hopeful? We just hope that none of you have fell for the various scams that are still in circulation.