iOS 6 is clearly a step up from iOS 5 and offers some lovely new features for iPhone, iPad and iPod Touch users to utilize. With that said though, Apple’s in-house iOS 6 maps app is clearly not the finished product yet and many users have been crying out to hear the current situation regarding Google Maps on iOS 6 and if an alternative will be released or not.

The good news, is that it looks like Google are ready for a new type of Apple showdown, with an all new effort of Google Maps which has been rebuilt for support with iOS 6. It’s no secret that Google Maps remains the number one choice for mobile mapping solutions at the moment on iOS, with Apple clearly wanting to do away with Google’s constant stamp on the iPhone.

This again was evident in the recent removal of the built-in iOS YouTube app, which Google has now had to develop an independent application, which is now available for standalone installation from the App Store. The big issue for Google now however, is the big wait to see if Apple will actually accept Google Maps on iOS 6 when it goes under the infamous App Store review process. 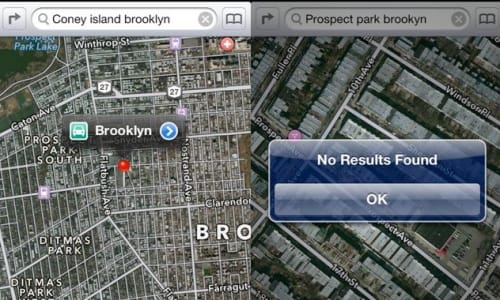 A recent article published by The Wall Street Journal indicates that Google are now putting the final touches on their iOS 6 Maps application and users will be pleased to hear that it could offer turn-by-turn navigation as well. The question is though, does Apple really want to give the green light to another Google-made application that is clearly head and shoulders above apps created by themselves? The Google made YouTube app is already far better than the Apple one – evident in the support for advanced searching with filters, which was never possible on the old app.

Apple also made a big deal about turn-by-turn vector based maps on their iOS 6 app, so they surely don’t want current users to drop their app instantly in favor of Google’s turn-by-turn iOS 6 map if the app is approved – that would be somewhat embarrassing for the company.

How is the current experience for you at the moment, when using iOS 6 maps? Would you agree that a Google alternative is the best way forward, if Apple decides to approve the app?