Apple may be preparing to unleash a collection of new iOS 6 features today at their iPhone 5 event, but one app that won’t be part of the festivities is Google’s YouTube service. We recently told you how Apple’s license with Google had expired and now Google has confirmed the release of a standalone YouTube app for iOS, right before Apple’s event starts.

If you have your iPhone or iPod Touch at the ready, simply head to the iOS app store now and start downloading – you should find it available as it went live on September 11. Unfortunately, there’s no support for the Apple iPad yet, but Google has already said that they are working on an optimized version for the iPad.

It’s great that Google has prepared this right before Apple’s event, so YouTube will still be playable the moment that the iOS 6 download becomes live. We’ve already downloaded the standalone app and in our opinion – it could actually be a blessing in disguise.

Google’s YouTube app now includes support for millions of extra videos that were previously unavailable for playback on Apple’s native version. The search mode is easier to use and you’ll see that there are now related terms as you search to make it even more convenient to find that exact video you’re looking for. 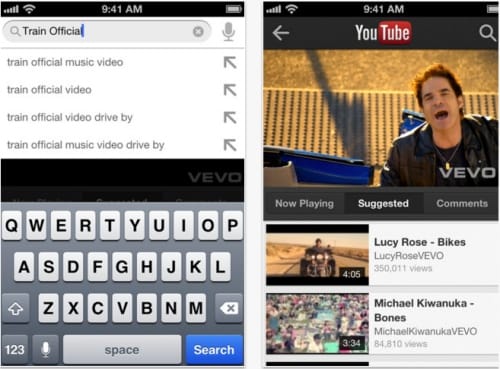 Another major addition to Google’s app – filters! It was annoying to say the least that you couldn’t search for the most recent of videos on Apple’s native app, but you’ll find if you press the settings tool icon, you can now search for videos using all of the filters that you would usually find on the desktop version.

If you don’t fancy typing at all, Google has even thrown in a voice search function, allowing you to speak into the microphone to bring up videos instead – although it has to be said that the success rate is not all that great at the moment, in our experience anyway.

Try the app out now for yourself and let us know what you think of Google’s in-house YouTube app. Is it hands down better than the native Apple YouTube app, or do you still prefer the old version?