Apple has finally confirmed the existence of their new iPhone 5 smartphone and it will indeed be called the iPhone 5, rather than the new iPhone. iOS 6 was also shown in detail at the event and you’ll be pleased to hear that we now have a crucial download and release date for when the new software update will be available.

Without wasting any time – let’s cut to the chase. Apple has just announced that iOS 6 is going to go live on September 19th, meaning that we don’t have long to wait until the update at all. The iPhone 5 itself is going to be out on September 21st, so those who are not getting the new smartphone will be able to preview iOS 6 two days earlier than when new handsets ship with the software.

Unfortunately, there isn’t a specific download time for when iOS 6 will go live, but hopefully we’ll be able to update you on the specifics closer to release. The new software won’t include concept features like finger print unlocking like this video claimed, but it will however give you access to the new Passbook features, as well as the new and improved Siri with turn-by-turn voice navigation. 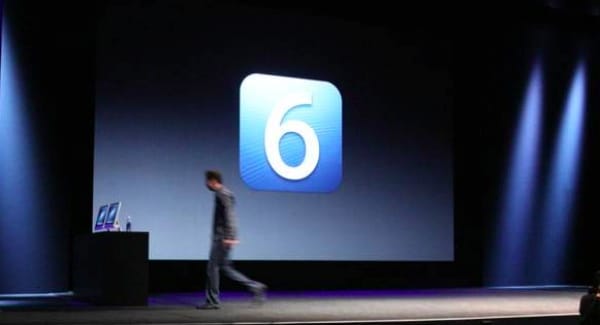 The keynote is still ongoing as we speak, but at least Apple has finalized the big release dates for the device and iOS 6 to get that out of the way. We’ll be bringing you a full recap of all of the features within iOS 6 and the iPhone 5 hardware shortly. For now, give us your initial impressions of the iPhone 5.

Will you be buying the iPhone 5 at launch hands down, or will you just wait for the iOS 6 download on September 19 instead? Supported models include the iPhone 4, 4S, 3GS, iPad 2, new iPad and also the iPod Touch – that’s pretty impressive you have to say.