While it’s fair to say that a lot of consumers are going crazy about the iPhone 5 as it prepares to go on sale in a few hours time, there’s also a fair amount of opinion that Apple hasn’t done enough this year to justify a purchase.

Anticipation for the device couldn’t have been helped either by the fact that essentially ALL of Apple’s spec reveals were leaked prior to the event taking place – minus one or two exceptions. The new iPhone isn’t cheap either if you plan to buy off contract and considering that many consumers are still locked down to their current 4S contract with Sprint, Verizon and AT&T, Apple may not entice as many fans into their new iPhone as before.

With that said and done, how many of you are simply going to pass on the iPhone 5 this year and just keep your iPhone 4 or 4S until Apple’s next refresh? After all, there isn’t too many groundbreaking changes this time around and you’ll still get a portion of the new features via the iOS 6 update which will hit the iPhone 4 and 4S on September 19. 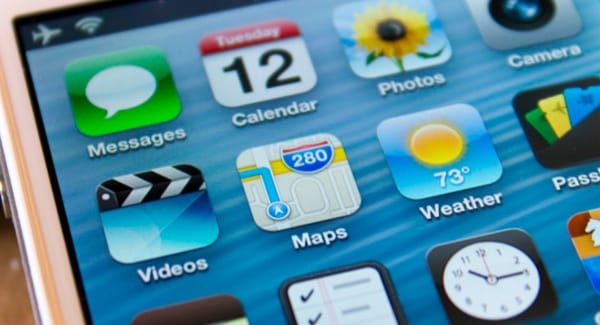 That is two days before the iPhone 5 is due to launch, so it gives you a further opportunity to test the new software and make up your final decision on whether the iPhone 5 is worth it or not. A lot of consumers expected NFC and wireless charging to be two new hardware features of the device, but it didn’t happen and the biggest attraction that we can see is just the design change and the new claims of it being ‘the thinnest smartphone in the world’.

The Apple Store is down at the moment while it prepares for the imminent influx of crazed shoppers. Are you going to be one of these consumers looking to pick up the device first, or are you still satisfied with the iPhone 4/4S running iOS 6 and will skip the new device this year?