The iOS 5 developer beta has been live for a few days now and I have had a chance to play around with some of the new features. This includes using tab browsing in Safari just as you would on OS X, also the new message features and gaming, although there are certain improvements each user will favor more.

First up in our test had to be iPad mirroring, which took a little while for us to learn how to mirror the iPad in iOS 5. We first looked at the settings menu but found no option for mirroring, after playing around for a couple of minutes it was found in the perfect place. 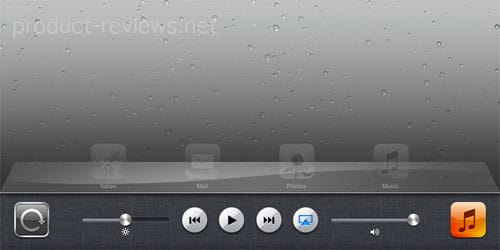 To turn on mirroring you only need to double click the button on the front of the iPad 2, which is where you see what apps are open in the background. Then scroll left and you will see the well-known video icon for sending video to Apple TV. Click this and select the Apple TV to mirror your iPad.

Once you select this option everything shown on the iPad will also show on your Apple TV, although in our test we had to connect the Apple TV directly to a Mac and install iOS 5 beta on the Apple TV. So remember when iOS 5 is released later this year to update iTunes and all your devices to the latest iOS. 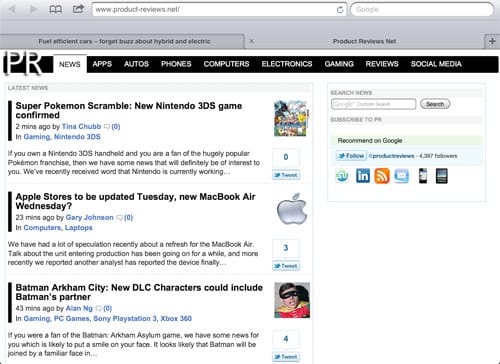 Browsing web pages is good for everyone else in the room to see what you’re viewing, but it felt uncomfortable trying to select areas of a webpage without looking at the iPad. It’s pretty cool to type on the keyboard while looking at a bigger screen, and watching videos that expand the TV screen to full width is a nice touch.

My test was run on a 55-inch LED Samsung TV and while the screen was massive, having the screen more square like the iPad was not fun. Apple need to add an option for the screen to resize to the same as a 16:9 HDTV, although an option in apps designed for iOS 5 cannot be ruled out in the future. We tried changing options in the TV’s display but this does not work. 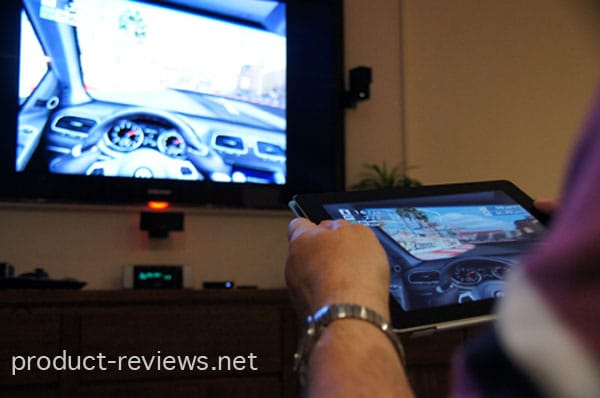 The real fun came when playing games with iPad mirroring turned on. We tested our iPad 2 with games like Real Racing HD 2, N.O.V.A, and Infinity Blade. It was amazing to look at the big screen and let the iPad become the controller, Apple are ahead of Wii U here, and what’s better is most apps costs only a few dollars, and thousands are free. When you compare that to the prices on PS3, Xbox 360 and Wii, this is HDTV gaming on the cheap. 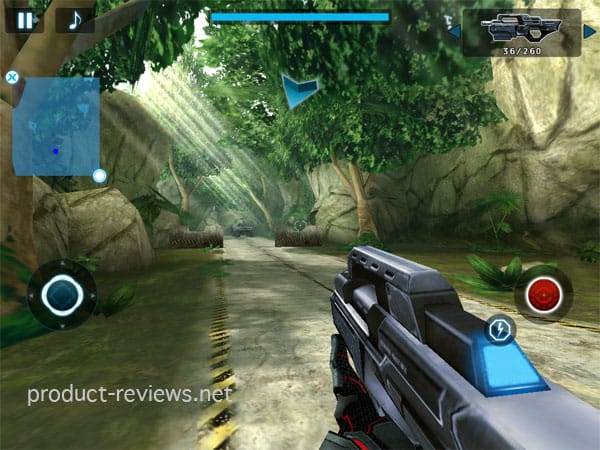 We experienced a little bit of lag every minute or so, but we feel this is due to our network setup. Some tweaking would likely fix this. 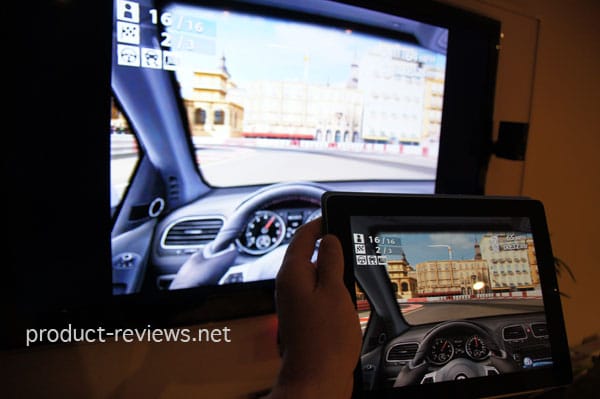 Holding the iPad 2 as a steering while playing Real Racing 2 HD was the most fun, it felt much better than wheel accessories and feels more realistic. If you love racing games and can get past the cost of an iPad 2 and Apple TV, bearing in mind it’s ability to replace multiple devices, then racing in this way is pretty amazing although gaming apps will need to add many more features designed for this type of gameplay in the future.

Do you like the idea of iPad mirroring and gaming? What would you like to try first?