Back in June we had some hands-on time with the first beta of iOS 5, and one of the features that most impressed us in the early stages was the iPad mirroring to Apple TV, which streamed really smooth even on the first beta.

Now 4 months on we’re just 3 days away from the iOS 5 release date, and it’s confirmed that using iOS 5 you can mirror from iPhone to Apple TV. This will open many options for iPhone users, which can only be limited by the ideas of developers.

We’ve already seen some pretty cool innovation with apps, and this is before the latest iOS has gone public. You may have seen our article at the start of this week, which showed an update for Real Racing 2 that gives gamers the ability to stream via airplay, and takes advantage of the better graphics in iPhone 4S. 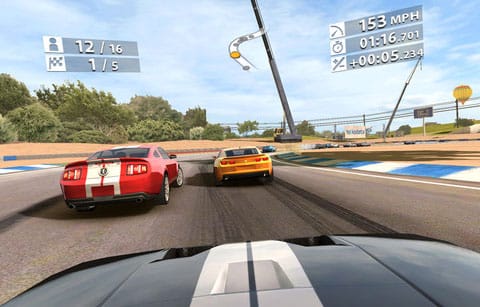 The really interesting feature added to Real Racing 2 is split-screen gaming via Apple TV with iOS devices like the iPhone and iPad. You cannot underestimate what this really means for gaming using the Apple TV, and that is without any native apps for Apple TV yet.

How many people do you know with an iOS device? Imagine each having Real Racing 2 and playing split screen in multiplayer on the big HDTV in your living room with really impressive graphics, and this is from a little device in your hand that becomes the controller. Now what other games can you imagine playing with streaming to the big screen, and what innovation could developers bring in the coming months?

You can see a video below showing 4 player split screen in action with Real Racing 2. We look forward to seeing other games using “Party Play”, and would love to hear your ideas. Will this new feature in iOS 5 make you want to buy an Apple TV?