In June Apple should be holding their annual WWDC event, when it is expected the iPhone 5 will be announced. This is likely to coincide with the announcement of iOS 5, and according to Technology Nerd this is scheduled for June 5th to the 9th.

When iOS 5 is launched there will be many new features which people would like to have, and Jack McGrath from TechnoBuffalo has written an article listing what he would like to see with iOS 5.

Being a developer and user of iOS he can see the pro’s and con’s of the platform. Top of his list would be a better lock screen with information like the weather and email messages available via a quick glance.

Better multitasking would be a nice feature; instead of allowing just app switching, the ability to have full background multitasking would be welcomed. Edgar Roth of Benzinga.com has also compiled a wish list, and would like to see a redesigned interface as the current one has remained basically the same since 2007. The ability to try out an app before purchase like you can do on Android is a feature that would be welcomed, but is highly unlikely to happen. 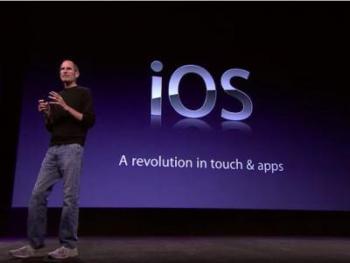 An article over at TechRadar by Craig Grannell has twelve features they would like to have on iOS 5. Being able to store more apps in folders would be a nice idea with the option of scrolling through them vertically, and a better notification system would also be nice.

What new features would you like to see with iOS 5?