Back in November we had assumed that iOS 4.3 would be released in two weeks, but that date has come on gone by a couple of months almost. However, we can now tell you that Apple’s latest OS was released to developers yesterday. As always when these developer look deep enough they find hidden code, and you will be pleased to know that there is mention of the iPhone 5 and iPad 2.

It does not state these devices by name, but it does have the code that relates to the next-generation versions. BGR has just learned from a reliable source that both new devices will come with multitouch gestures; this is because it is rumored that Apple will be doing away with the home button. 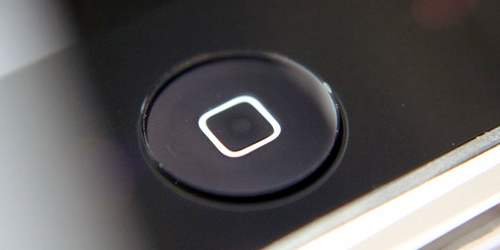 This could change the design of the iPhone and iPad dramatically; as not having the button will save on space, as will as offer a larger screen in the process. So in future to get to the home screen all you will have to do is use multitouch gestures. BGR also informs us that Apple employees are already testing these devices without the buttons — best stay away from any bars then.

TechRadar has also studied the new iOS 4.3 update, and it looks as though the GSM version iPhone will be getting the personal hotspot feature that the CDMA Verizon will be getting at launch. We are still uncertain when Steve Jobs will announce the new iPad 2, but we expect it to be some time this month. This business with the home button certainly goes against a recent video that we embedded for you of what was believed to be the next iPad, as I can clearly see a button at the bottom of the device.

Will you be glad to see the home button go on the iPad and iPhone?