We have been hearing a lot of rumors since the release of iOS 4.2 about the next update, some claiming that it will be 2 weeks after 4.2. Well 2 weeks is up today so we are hoping that the release comes.

We asked you what you would like to see included in the iOS 4.3 update and got some interesting responses, some want a dormant FM receiver, some want to be able to do more customization and others are simply calling for more printer models to be added to the AirPrint.

Whilst the 4.2 brought significant changes like AirPrint and AirPlay we hear that 4.3 will be bringing only 1 big change, that change is subscription billing. Once the update goes through companies will be able to charge weekly, monthly or annual subscriptions.

So how is this different to the current iOS? At the moment the only time you pay anything is when you want a newly released magazine although the Economist app works in a slightly different way, you download their magazine every Thursday night however, the difference is it requires you to be a member directly with the company. 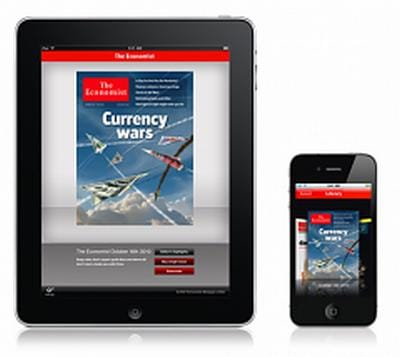 I still believe that iOS 4.3 is possible to come today I mean, what sort of testing would they need to do on an update like that, it wouldn’t really require a Beta especially as it will be dealing with people’s money. Obviously Apple would be taking a cut from the content writers but how much has not been said. If it is going to come for iPad users click here, for iPhone users click here, Apple usually add a learn more button and announce the most up to date version for each device.

Today is the rumored release date so let’s see what materializes. We will inform you upon the release. What do you think? Will it be released today or are we looking at next year? Let us know in the comments below.