Today we can report to you the news that the iOS 4.3.2 update is now live, and fixes 3G and FaceTime issues. The update comes less than a month after the last iOS update. Customers with the Verizon iPhone 4 have also been given the 4.2.7 iOS update.

Josh Lowensohn from Cnet is reporting the iOS 4.3.2 update promises to fix the problems that users were reporting with freezing calls using FaceTime. It is also supposed to fix problems that some users were experiencing with connecting their 3G iPads to the local networks.

There is also some security updates, and is available for owners of both versions of the iPad, GSM iPhone 4, iPhone 3GS, and the 3G and 4G versions of the iPod Touch. The update for Verizon iPhone 4 customers fixes the same problems, but doesn’t feature the new JavaScript engine for AirPlay and Safari support in third-party applications. 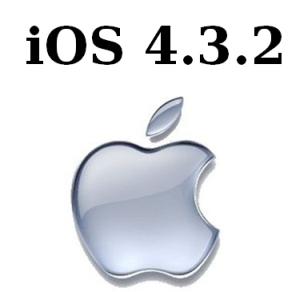 It is not known if the latest iOS update will fix the problems some iPad 2 owners have been experiencing on the Verizon network. Have you downloaded the iOS 4.3.2 update yet? Have you had any problems?