With just five days to go until WWDC 2016, people are getting very curious as to what we can expect from the likes of iOS 10 and OS X 10.12, along with a new OS for the Apple Watch and Apple TV. However, we are certain that most of you will be wondering just what new features will be coming to the iPhone, as we know the mobile OS is long overdue for a major upgrade – although we highly doubt that will happen until the 10th anniversary of the operating system, and that will not be until next year.

Over the past few months there has been a great deal of speculation that Apple will show off a much desired iOS 10 feature for the iPhone, and that is a dark theme. We know that we will be treated to many of the new features coming to iOS 10, although some will be held back until closer to its public release, which is due in September. However we are still uncertain if Dark Mode will be one of them.

Even though this is a very basic feature, having a Night Mode for the iPhone is something that is very much wanted, as it will allow you to have a darker background for many of the iOS 10 features, such as Messages, Contacts, Mail, news and much more. Also, this feature may automatically turn itself on when your device is in sunlight, and could mean the entire OS is switched over making it much easier to see in such brightness. 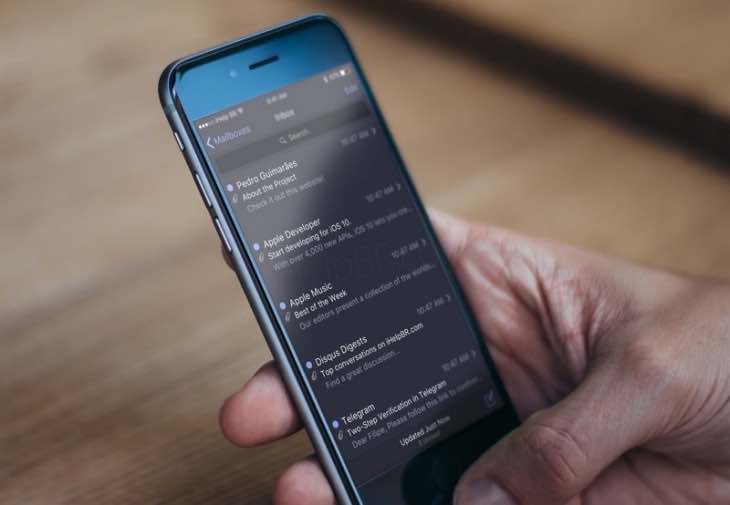 Mac Rumors have a concept of what such a feature could look like running on an iPhone, and we can see why people are interested in such a feature, but that’s not all.

You will also notice another concept image of a different iOS 10 feature, and that is of a split-screen multitasking, along with picture-in-picture support. We are not too certain how this iPad feature will go down with iPhone owners because of such a difference in screen size. Having said that, this might be just a feature for the iPhone Plus models.

Personally, we feel that Dark Mode is highly likely, whereas we are just not sure about split-screen multitasking for the iPhone, although we only have five days to go until we know for certain of these are true or not.