Apple released the third beta of iOS 10 at the start of the week, along with public beta 2 shortly after, and so far there has been several improvements to battery life, and a few bugs have been resolved. However, there is one that has yet to be resolved and that is the liquid has been detected error message.

The actual message with this iOS 10 beta 3 bug is, “Disconnect Lighting Accessory – Liquid has been dented in the Lighting connector. To protect your iPhone, disconnect this Lighting accessory and allow the connector to dry.” There have also been reports that this has happened to other iOS devices, and so far there is no reason why it should happen. 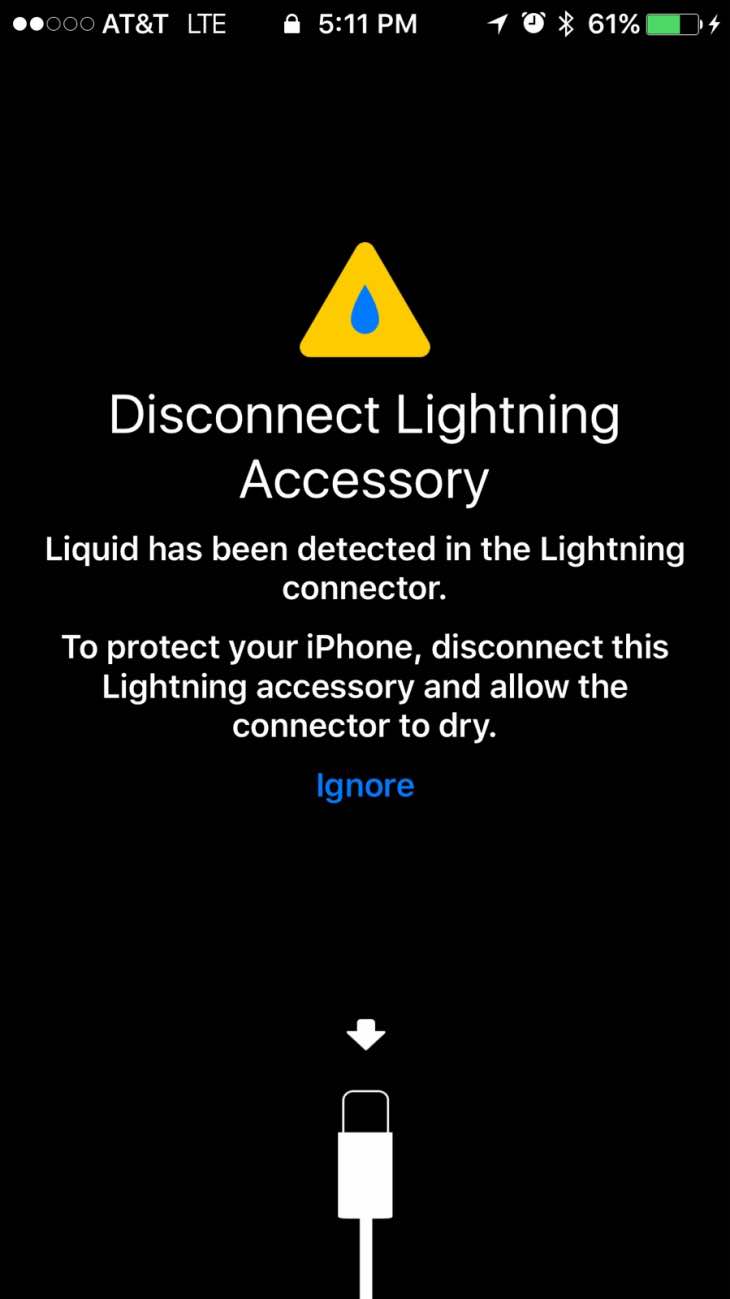 Because this issue was not happening when iOS 9 was installed and only appeared once iOS 10 beta was installed, we can only assume that it is a bug, and so have to wonder if Apple are aware of this and if so, how come they have yet to rectify this seeing as though it was happening with the previous two beta versions as well?

We know what your next question will be, and yes they are official Lighting connectors, and not third-party ones like from Belkin. We would have thought the same thing, as it could have been Apple’s way of stopping you from buying cheap Lighting connectors and other such accessories.