Update: it was only last week that Apple released the second beta for iOS 10.1, and just yesterday iOS 10.1 beta 3 was released.Apart from Portrait mode for the camera on the iPhone 7 Plus there’s also a new toggle setting in Accessibility, which is called Auto-play Message Effects. This is part of the Reduce Motion family, and will disable Messages bubble and screen effects.

Well this first beta release is now available for download since iOS 10 went live just over a week ago, and that is iOS 10.1 beta 1. This latest version includes the new bokeh depth-of-field Portrait feature, although only for the iPhone 7 Plus. This means you take images of a person, and then the camera will automatically blur the background. We can also see from the release notes that iOS 10.1 is to fix motion handling, although there is no mention of a fix for the headphone issue, and also Airplane mode, and so we can only assume that 10.0.2 will fix those issues.
According to the developer release notes, iOS 10.1 includes a fix for motion handling. Developers will be able to access barometric pressure data for iPad Air 2, iPad mini 4 and iPad Pro.

iOS 10.1 includes the bokeh depth-of-field Portrait feature for the iPhone 7 Plus, which allows users to take pictures of people and have the phone synthetically blur the background. The public beta for iOS 10.1 will be available on Friday, so more people can try out the iPhone 7 Plus ‘special sauce’.

Even though Apple are still working on updates for iOS 9, they are already hard at work on the next version, which is to be called iOS 10. There are a lot of expectations in regard to this upcoming version, and whatever way you look at it, Apple have pretty much updated many of the issues that people have with iOS 9. Not only that, but there are some great new features as well, details of which you can see here.

We cannot believe that it was a matter of four days from the time iOS 10 beta 6 was released to the seventh beta. We now have to wonder if that was the last version of the beta, or could we see iOS 10 beta 8 released just before going GM? We’re not sure what changes have been made to this version, but Reddit users have been sharing their findings.

Well, iOS 10 beta 3 is now released, and so developers will be able to see what changes have been made. Looking at the image of the release notes below we can get an idea of just what has changed. We will no go over some of the current bugs below. 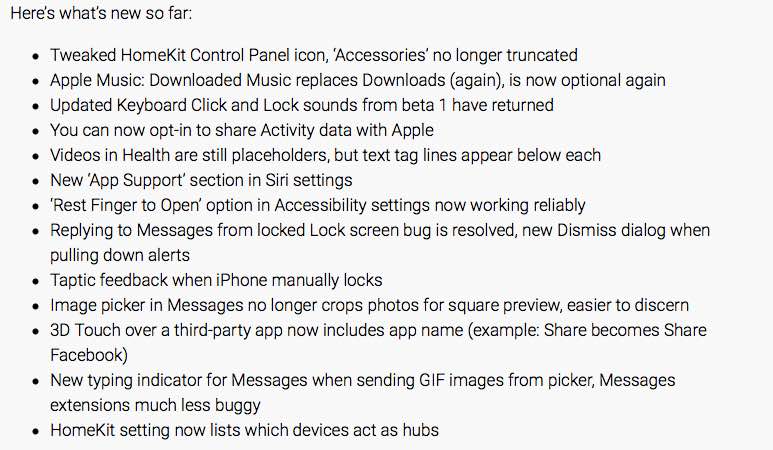 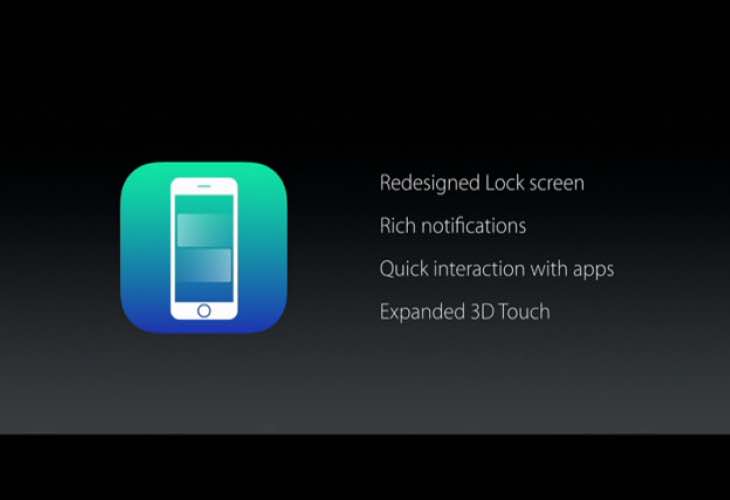 iOS 10 current bugs – We are getting reports that some iPhone 6s and 6s Plus users are noticing their battery life is draining far quicker with iOS 10 beta 1 than it did with 9.3.2. We have more details in this article, but we do have a feeling some of these figures are being exaggerated because these users are just using the OS far more than they usually would to test out the new features.

There are reports suggesting that some devs are being locked out of their Apple ID, and so have led them to send account recovery requests. We believe this is only an isolated issue, but not certain if it is down to a bug within iOS 10 beta 2, or more specific to certain hardware.

We can see that there are 15 new features and changes to iOS 10 with the third beta, but they are bound to bring issues, and we have already seen a few appear already. One problem that Apple have yet to fix is the Disqus bug, which when you are logged in and you visit a website that uses the Disqus comment tool and then you start to type in the box and you click the x button at the bottom right-hand side of the keyboard in order to erase characters, the page will often go from the comment text box to the bottom of the page, which can become annoying.

There have also been reports that the keyboard is no longer suggesting emojis anymore. There are also concerns that Apple Pay is not working for some of those that have updated to iOS 10 beta 3, and if this is the case, then this does have to be one of the worst problems so far since the release of this new OS.

Check back for detailed information on current problems.