June 13, 2016 is the day that Apple fans will want to mark down, as this is the start of WWDC, and will be when we get to preview several of their products, such as the next major updates to iOS and OS X. Apple has a knack of keeping things quiet in terms of what their mobile and desktop OS upgrades will feature before the Worldwide Developers Conference, but we know there will be a great amount of speculation during the build-up to the event.

We know that the iOS 10 preview will feature some videos, along with many images of some of its new features, and this will also be the case with OS X 10.12. However, there is something that still bugs us and will be interesting to see what happens on June 13th, as there have been rumors to suggest that the El Capitan Successor will actually be called MacOS or macOS.

No matter what it is called, we are guaranteed to see the MacOS, or whatever you want to call it, and iOS 10 previews on the first day of WWDC 2016. 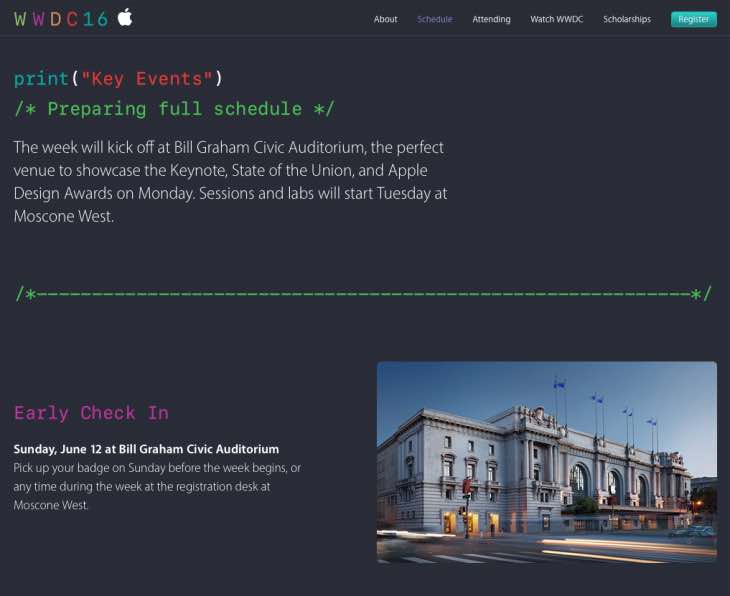 Like we said above, Apple will not give any clues away in regards to iOS 10 features, and so you might want to watch the video below to get an idea of the sort of things people hope to see included in the new version of Apple’s mobile operating system for iPads, iPhones and iPod Touches.

There are also rumors that we could see a new MacBook lineup for 2016, and that we could see them running on the successor to OS X 10.11, although this might not happen seeing as though WWDC is usually for showcasing new software and other such products that relate to Apple developers.

As for the WWDC 2016 schedule of events, you can already see this here, where you can pick up your badge on Sunday, June 12. This is followed by the kickoff, sessions, lasts, consultations, guest speakers and the after-bash.